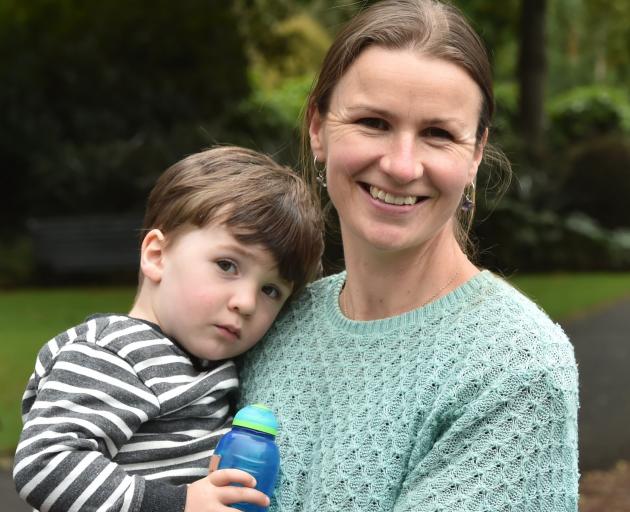 The council this week said it planned to trial new pigeon deterrents at the end of this month in response to complaints about the number of birds that climb on people trying to feed the ducks.

Christine O’Sullivan, speaking at the Botanic Garden yesterday, said she did not want a lot of birds landing on her son.

"They overrun the ducks when we try to feed them. They’re a bit of a nuisance."

Mrs O’Sullivan said she had no idea how the council would keep the birds out of the park, as they were notoriously stubborn.

Vanessa Gordon, a Dunedin local, said "feeding the ducks was extremely difficult because they [the pigeons] flap in your face".

"You have to feed the ducks then run away before your child gets a pigeon on their head." 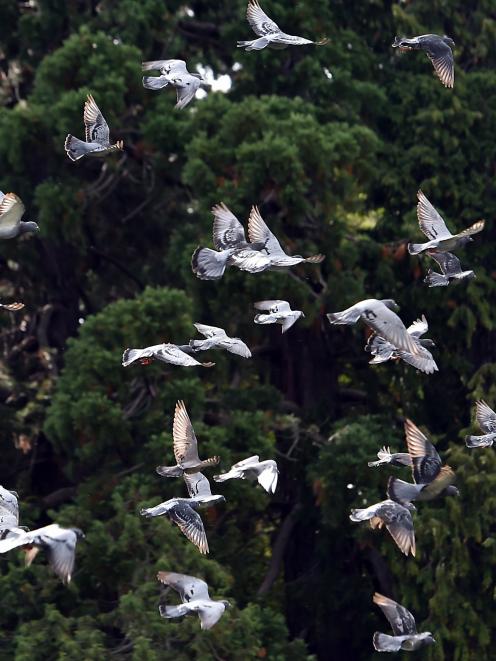 Pigeons in flight at the Dunedin Botanic Garden. PHOTO: PETER MCINTOSH
Mrs Gordon said she would be interested in seeing fewer pigeons, provided no harmful deterrents were used.

Maddie Courtier, a first-year student from Australia, said the birds were "cool but intimidating".

She was concerned about the environmental effects of any pigeon deterrent methods, and suggested the council spread out the duck feeding areas to help break up pigeon numbers.

Belinda McPhee contacted the Otago Daily Times to voice support for the birds.

"I believe pigeons are very intelligent birds," she said.

Mrs McPhee suggested the pigeons be given their own space to feed and the council could close off an area of the park to trial the concept.

He also suggested developing an area dedicated to feeding the pigeons.

Mr Gee believed pigeon lovers would be willing to buy feed for the birds.