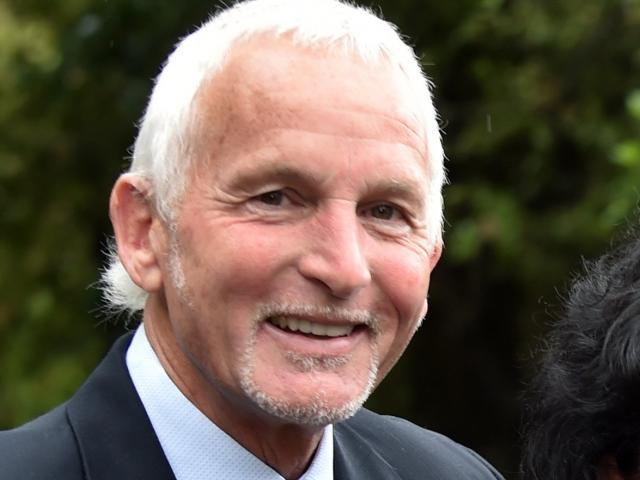 Michael Laws
Unelected iwi representatives will sit on an Otago Regional Council committee after a spirited debate in which an outspoken opponent of the move was labelled ''Trumpian'' by a fellow councillor.

The iwi representatives would have voting rights.

The decision follows a nearly hour-long debate between
councillors yesterday.

Cr Michael Laws expressed opposition to the move earlier in the week, calling it ''racist'' and ''undemocratic'' as the representatives would not be elected.

Cr Michael Deaker, who supported the move, said at the meeting yesterday Cr Laws was a ''very effective populist politician'' in a ''Trumpian way''.

''Everything we're doing is lawful, democratic and desirable.''

''How can we speak for iwi?

Cr Ella Lawton said the decision was ''challenging'' as she believed in a partnership with iwi, but the particular move had not been properly assessed.

''How to partner and what's the right way - we haven't explored that.''

Cr Laws said it was an issue for a new council and the move would give power to runaka, but not Maori in general.

Ngai Tahu had ''no problem'' accessing the council already, he said.

The appointees would represent Ngai Tahu interests rather than Otago in general, he said.

Council chairman Stephen Woodhead said it must always look at ways to enhance its partnership with iwi.

Runaka members signalled they might appoint representatives with Resource Management Act experience, which would greatly help the council with its work, he said.

''We will still be consulting the wider community, including all Maori.

''We are not excluding anyone.''

Cr Graeme Bell said his constituents told him they were concerned about the move.

They recognised the importance of iwi involvement, but did not think it should be in the form of voting rights.

Cr Trevor Kempton said the move was not undemocratic as committee decisions had to be ratified by the full council.

Cr Doug Brown said the arrangement would only enhance the partnership with iwi.

It was opposed by Crs Laws, Bell and Sam Neill.

The timing of iwi involvement will depend on when Ngai Tahu appoints representatives.

The council also decided to revisit its memorandum of understanding with iwi, created in 2003, about what partnership actually meant.

Bye bye common sense, bye bye democracy, hello governing based on PC virtue signalling.
Seems this is a labour council.
Don’t recall the public being consulted.... but as long as iwi are asked, that’s all that matters aye

It's not just Trump that's anti democratic then.

Every member of council (ORC or DCC) should be elected by the people. We are supposed to be a democracy, or at least thought we were.

Where will this end? Ms Robinson's equating of "hearing" with voting rights suggests endless possibilities. What about the gay community, and feminists, and every other aggrieved 'minority'? Then there's the not-so-aggrieved minorities, like vegans or red-heads, who will also want a couple of seats at the table. This committee will have to start meeting at Forsyth Barr Stadium...

Fortunately the public will get a say at the next election. It will be good to restore true representitive democracy.