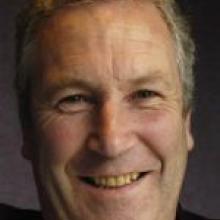 Stephen Cairns
An "interesting outcome" is promised from today's Otago Regional Council meeting which will consider the future of its proposed $31 million waterfront office block and wharf redevelopment.

The council is due to adopt its draft long-term council community plan 2009-19, including the proposed office block at the corner of Kitchener and Birch Sts.

Chairman Stephen Cairns said yesterday "other options" to site the building were still being "promoted". The council could still decide to "park" the proposal and evaluate other options.

A suggestion by Cr Doug Brown that consideration of the proposal be deferred for a more thorough investigation of alternative sites, was lost 5-4 at a committee meeting two weeks ago.

Mr Cairns said that discussion was just a "trial run", especially as Crs Bryan Scott and Michael Deaker were absent. As the building was "contentious", he planned to include it as a separate item.

He did not expect a heated discussion, but did anticipate "a very interesting outcome".

The Queenstown Lakes District Council's decision not to go ahead with its proposed office building, estimated at $30 million, would not influence councillors' decisions, Mr Cairns said.

"Each council looks after its own community. We'll decide what is appropriate for ours."

The time where the work of the council could be undertaken at its present Stafford St building in an efficient and effective matter was "long past", he said.

Cr Brown said yesterday it looked as if the votes would be close. He planned to present new information on the building's cost.

"It's a nonsense price-wise and site-wise. It's very expensive, an unnecessary waste of money."

There had been a lot of working going on for today's meeting and "you never know what might come up", he said.

Corporate services director Wayne Scott said if the project was stopped, another long-term plan minus the proposal, which had been prepared and audited, would be placed before the council today for adoption.

The absence of the building in the long-term plan would not change the draft plan's rating scenarios.

Two versions had been prepared because there was no time to prepare and audit a second plan between today and the June 30 deadline, Mr Scott said.

The estimated building cost in 2006 was $12 million. By last year it was $31 million, including $21 million for the building itself, $4 million for associated wharf work and the balance for slipway, design and contingencies.