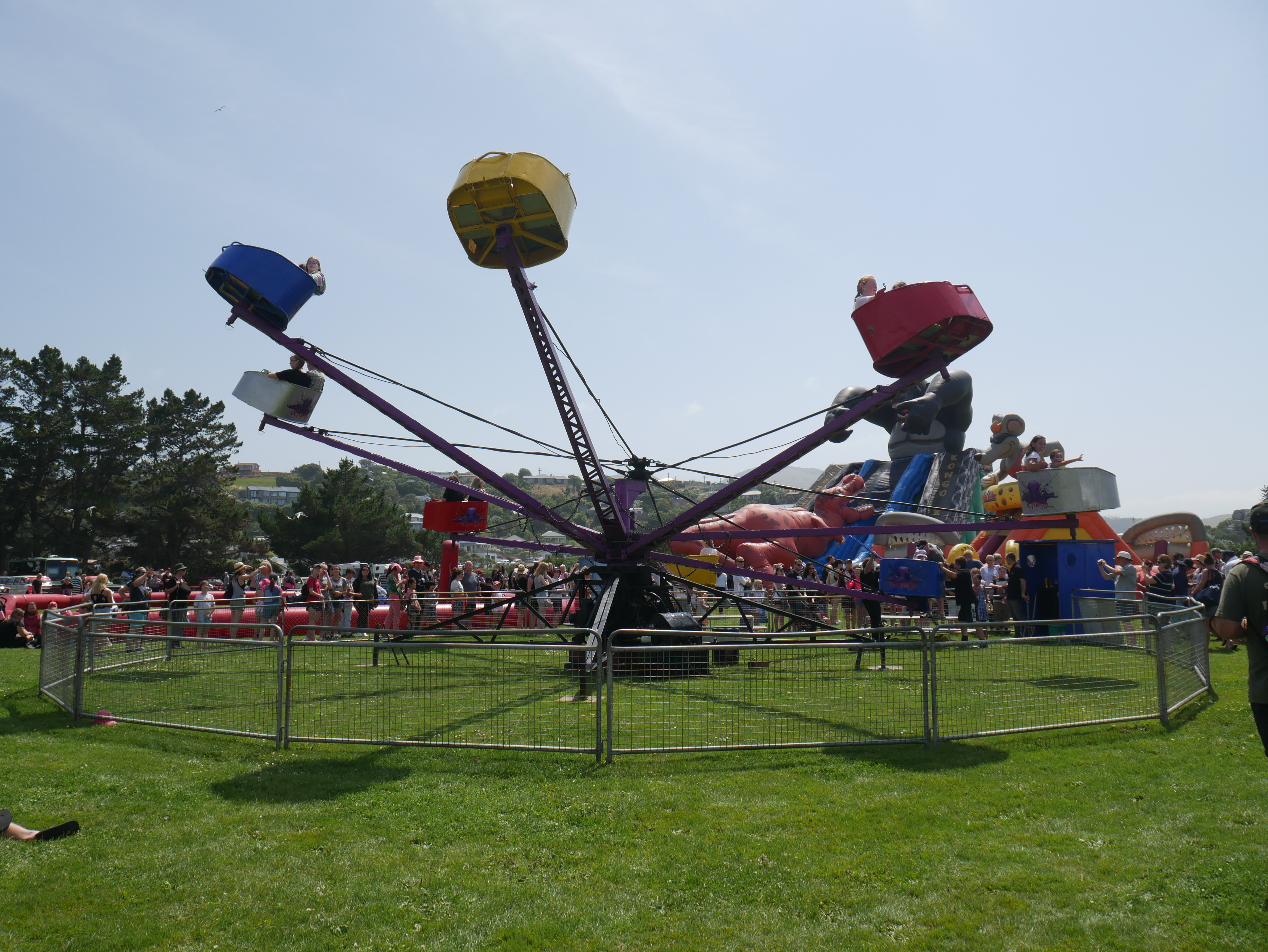 A previous Brighton Gala Day. PHOTO: THE STAR FILES
Colin Weatherall is determined not to let Covid-19 spoil the fun.

In a time when most events have been cancelled due to gathering restrictions, event co-ordinator Mr Weatherall wants to ensure the community has a free, family day out to look forward to.

So the Brighton Gala Day will go ahead - if the traffic light system allows, that is.

Prime Minister Jacinda Ardern announced at the start of the week that the South Island would move to Orange on Friday.

The traffic light settings would be reviewed on December 13 and again on January 17.

The gala day is scheduled for January 23.

In Green and Orange, there are no gathering limits on indoor or outdoor events if My Vaccine Pass was used.

However, in Red, events are limited to 100 people with vaccination passes, or they cannot be held.

"We’re very conscious of the conditions around us and we’ll take it day by day," Mr Weatherall said.

Event organisers would review their plans later this month and again on January 10.

"The aim is to proceed... common sense prevailing.

"We’re a large, open air event. Thank goodness, for once in my life I can say there’s a gentle breeze that blows through Brighton."

The main challenge would be to scan people’s vaccine passes, although there was a plan in place for that.

It was a matter of getting the necessary devices to do the scanning, if required, he said.

Otherwise, besides a possible Red light, there was not much else that stood in the way.

"We’re confident and positive - not stupidly-over-the-top - but we’re positive that, all being equal, we’ll be providing another fun free day for the kids and families."

While stalls were usually given a generous amount of space to set up and walkways were quite wide, more room could be made to allow for further distancing.

"We’re prepared to put in queueing lanes and ask people to support us by standing back a bit until they get a chance to take part in whatever they’re going to do."

Organisers planned to have a few less food stalls at the event and eating areas would be spread out.

"We’ve got a few options up our sleeve."

Mr Weatherall had been fielding calls from people asking if the gala day would be held.

Most were delighted to hear it most likely would be.

There was a demand for it from stallholders, performers and the general public, he said.

"There’s a good will towards it, but again... we won’t be stupid about it.