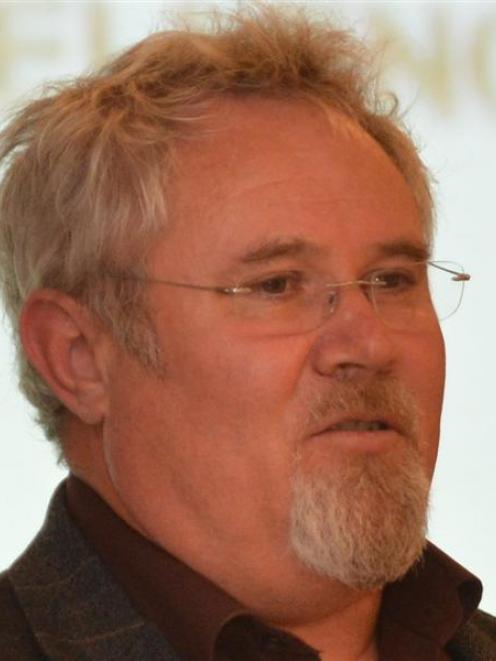 Richie Poulton
University of Otago academic Prof Richie Poulton has been named in the top 1% most-cited researchers in science in the world.

Prof Poulton, director of the university's Dunedin Multidisciplinary Health and Development Study, is one of only four New Zealand researchers named in the top 1% section of the 2014 Thomson Reuters Highly Cited Researchers List.

Prof Poulton and the Dunedin study's associate director, Prof Terrie Moffitt, of Duke University, in the United States, are among the 100 researchers named in the new list's psychology/psychiatry section.

Those named had achieved ''exceptional impact'', and had earned their distinction by publishing the most research articles that ranked among those most often cited by fellow researchers, US-based list organisers said.

The Dunedin study was one of the most detailed studies of human health and development ever undertaken, and had been based on regular assessments of 1037 people born in Dunedin in 1972-1973, an Otago University spokesman said.

Prof Poulton said the listing was ''tremendous''. The top listing also reflected well on the Dunedin study and its participants, who had made an ''enormously important contribution'' to advancing understanding of human health and development.

The listing also reflected positively on the many other team members who were also involved in the research, he said.

The research outputs of the Dunedin study have made a substantial contribution to new knowledge with more than 1100 publications to date.

Since Prof Poulton had taken over the leadership of the Dunedin Study in 2000, this ''world-leading research programme'' had gone ''from strength to strength''.

And the research into the ''complex interplay of genes and environment'' had been generating ''important new insights'' that could help improve life outcomes, Prof Blaikie said.