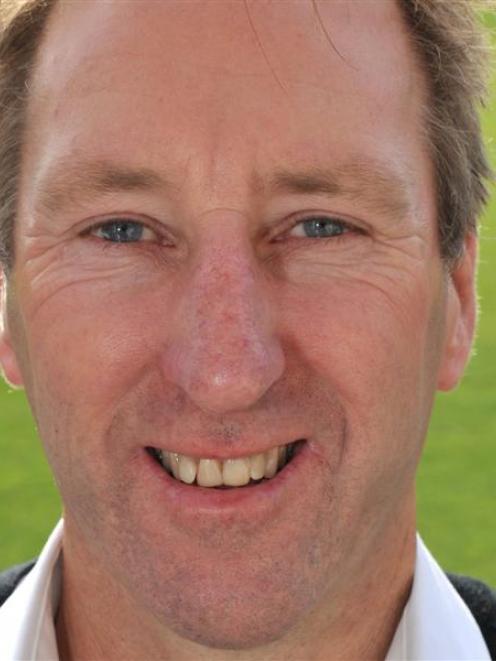 Mike Coggan.
Dunedin's economy will be millions of dollars better off if the Dunedin City Council backs plans for new floodlights at the University Oval, Otago Cricket says.

The association yesterday renewed its call for city councillors to find $1 million to contribute towards the $2.1 million cost of adding floodlights and expanding embankments at the venue.

The request came from the association's new chief executive, Mike Coggan, and the man he replaced, former chief executive Ross Dykes, on the first day of the council's long-term plan public hearings.

However, both men also had to defend the project under questioning from Cr David Benson-Pope, who worried about hidden costs and suggested the ''half-baked'' proposal seemed ''like the gift that keeps on giving''.

Mr Coggan told the meeting the floodlights and larger capacity, of up to 6000 fans, would guarantee top-level cricket for the next eight years.

That would mean at least one test match and one one-day international each season, but possibly more, including clashes against top-tier teams Australia, England and India, Mr Dykes said.

The fixtures would each draw hundreds of players, officials and broadcast staff to the city, as well as travelling fans, which for an England test could bring another 2000 people to the city, Mr Dykes said.

The economic benefits - in bed nights and hospitality spending - would be worth ''well into the millions of dollars'' for the city's economy, he said.

Broadcast rights would also help promote the city to a significant television audience, potentially attracting more visitors and even international students, as well as boosting the number of children taking up the sport, he believed.

The association had committed $100,000 from its own reserves to the project, and planned to raise another $1 million, of which nearly $200,000 had already been pledged, he said.

And, if the council also agreed to contribute, the lights could be ready to use before the end of the year - potentially in time for a test match against Australia this summer, Mr Dykes indicated. Cr Benson-Pope said he supported the project, but remained concerned some details were not yet ''precise'' and could expose the council to other costs.

Cr Hilary Calvert wanted more clarity on the budget, while deputy mayor Chris Staynes suggested a $5 levy added to ticket prices could pay for the lights.

Mr Coggan said the idea would be raised with New Zealand Cricket and more information brought back to the council quickly.