Otago to have presence at World Expo

A delegation of Otago leaders will later this month attempt to make their mark on 70 million visitors to the 2010 World Expo in Shanghai. 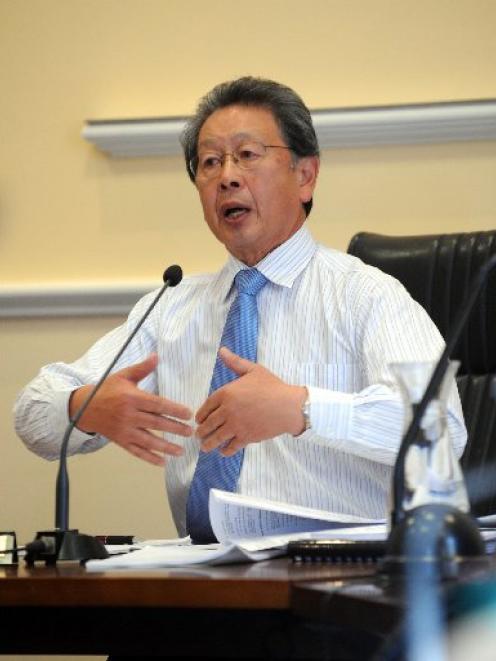 Peter Chin.
The 22-strong delegation, headed by Dunedin Mayor Peter Chin, Queenstown Lakes Mayor Clive Geddes and Clutha Mayor Juno Hayes, will travel to the Chinese city later this month for several days to take part in the six-month Expo, which opened with a blaze of fireworks on Saturday.

Mr Chin said it would be a chance for Dunedin to strengthen its sister city ties with Shanghai, and a chance to showcase a slice of Dunedin and Otago life to the world.

More than 70 million people were expected to pass through the Expo site over the next six months, visiting pavilions representing more than 200 countries.

The New Zealand pavilion featured an indoor-outdoor design complete with rooftop garden, a 12m-high steel and rubber pohutukawa tree and a 10m-long waka being carved from a giant kauri tree.

It also enjoyed a prime location near China's pavilion and was expected to attract up to 40,000 visitors each day.

The Otago delegation was scheduled to attend the Expo on May 25-27, bringing with them information about Dunedin and Otago, and would host a steady stream of VIP guests, as well as casual visitors.

Dunedin was one of more than 60 cities to enjoy sister city status with Shanghai, and the profile it afforded the delegation was "huge", Mr Chin said.

Among those invited to attend receptions hosted by the delegation in the New Zealand pavilion was the Mayor of Shanghai, Han Zheng, and other top political figures.

The receptions would be a chance to meet, renew ties and offer the hospitality of New Zealand food and wine while promoting Dunedin and Otago, he said.

"It's an opportunity to say welcome to our place at your place," Mr Chin said of the three-day programme.

"I will be meeting Shanghai officials at a level that only the Prime Minister can. That's the nature of the sister city relationship - that's the importance of it."

However, the meetings would be a chance to talk about other aspects of southern life, including Dunedin's education institutions and Otago's business opportunities, as well as furthering civic links, he said.

Joining Mr Chin at the event will be Mr Geddes and Mr Hayes, Otago Chamber of Commerce chief executive John Christie and representatives from the University of Otago, Otago Polytechnic, Columba College, Otago Museum and the Dunedin Chinese Garden Trust.

Mr Christie said the Expo would be a chance to promote business links, and he would be meeting various Chinese contacts to further specific opportunities that could be of benefit.

He expected that could lead to deals being signed - for example, confirming Chinese distributors for Dunedin-made products - over time.

The delegation's efforts were being co-ordinated by project manager Katy Lam, formerly of Dunedin but now living in Auckland.

Ms Lam said existing links between China, Dunedin and Otago were already significant, given the sister city relationship between Dunedin and Shanghai, the history of Chinese goldmining in Otago, and the flow of international students from China to Dunedin.

Each of the delegation's three days inside the New Zealand pavilion would be focused on a different theme - Chinese heritage and civic links on the first day, education links on the second and business on the third - with guests from each sector hosted on those days.

About 70% of the 70 million visitors expected were likely to come from within China, and the three-day programme aimed to promote Dunedin's opportunities, she said.

"That's why we have to send a delegation - to show Dunedin to Shanghai's people."

The $30 million cost of the New Zealand pavilion's development, and hosting expenses, was being met by the Government and businesses.

The Dunedin delegation's expenses would be split between participating parties but was expected to be "well below $100,000, or even $50,000", Ms Lam said.