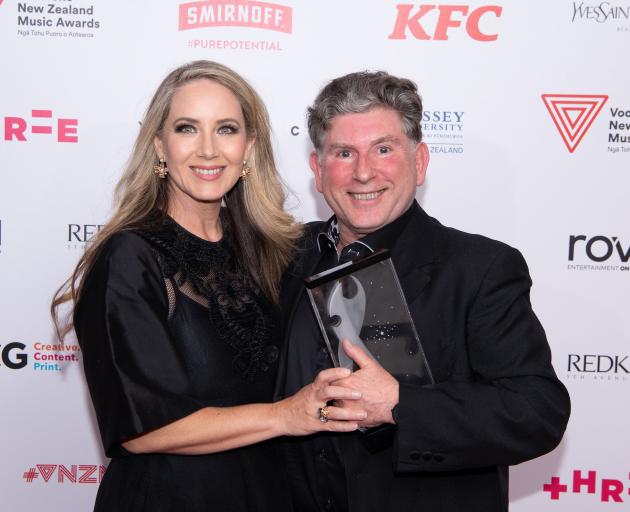 While Mr O'Neill is overseas, Prof Dennis attended the glitzy ceremony in Auckland on Thursday night.

"It was great to have got the award, we're very chuffed about that", he said.

He described the ceremony as "very slick".

It features renditions of work by German composers including Beethoven, Wagner, and Strauss.

As well as earning the pair a gong, it was picked up by major international label Decca Records.

The band, which formed while flatting at 660 Castle St in Dunedin, won the People's Choice Award, Highest Selling Artist, and Radio Airplay Record of the Year.

The biggest success of the night was teen pop sensation Benee, who won four awards including Single of the Year for her breakthrough hit Soaked.

Tom Scott's Avantdale Bowling Club's self-titled record took home Album of the Year, and rockers Th' Dudes celebrated their Legacy Award with a rousing medley of their hits to wrap up the show.