National Party Clutha-Southland MP Hamish Walker has slammed as "disgraceful" a lack of consultation over Dunedin and Queenstown being considered as Covid isolation centres.

It was revealed today that Hamilton will soon be ready to quarantine returning Kiwis, and Dunedin and Queenstown are also being looked at.

There are 24 quarantine and managed isolation facilities right now, which will be increased to 27 next week, Webb said.

Webb said there are 5305 in quarantine and managed isolation facilities, and current capacity was 6058.

Next week the number expected in quarantine and managed isolation facilities is 6481, while the capacity will be 6774.

More Defence Force and government personnel were also being brought on to shore up the end-to-end system.

Dunedin and Queenstown the next quarantine spots?

"We're also looking at other centres where we may have to stand up facilities," she said.

Dunedin is being investigated as a new quarantine spot for Kiwis returning from overseas. Photo ODT
"We're investigating the feasibility of Queenstown and Dunedin as other centres where returnees can safely stay in managed isolation as they join us in our coveted position in this global pandemic."

Mr Walker said many of the 11,000 people arriving in the country could be quarantined in the South without community consultation.

“It’s absolutely disgraceful that the community hasn’t been consulted on this,” Mr Walker says.

Clutha-Southland MP Hamish Walker says the lack of consultation with the community is 'outrageous'. Photo: Supplied
“These people are possibly heading for Dunedin, Invercargill and Queenstown from India, Pakistan and Korea.”

“I’ve already had many calls, texts and emails from residents who do not want people in quarantine in Queenstown.”

“I know for a fact Queenstown does not have sufficient personal protective equipment (PPE) to undertake this.”

“All it takes is one person with Covid-19 leaving without permission and we are back at square one.”

“We need appropriate safeguards in place before quarantining people in the south, which with the Government’s track record, has not been sufficient to date.” 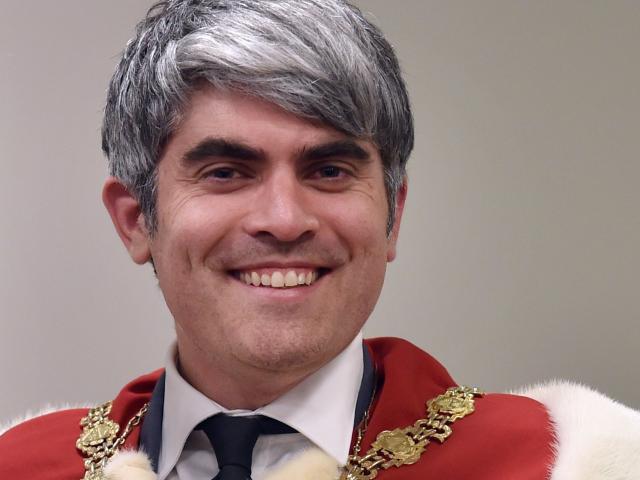 Dunedin Mayor Aaron Hawkins said today the city was ready to play its part in the fight against the virus.

Mr Hawkins said he would support such a move as long as systems were in place to protect the community and keep everyone safe.

“Covid-19 is not somebody else’s fight. These are our citizens trying to get home and we as a city need to do our bit to help.

“We are still part of the team of five million.”

Mr Hawkins said he was seeking reassurances from the Ministry of Health and Ms Woods.

Officials have assured him that no decisions about Dunedin would be made until they were confident quarantines could be carried out safely in the city, he said.

Queenstown Lakes Mayor Jim Boult said he was "very supportive" of the need to find sufficient capacity for quarantine, and he recognised that this could require looking at alternative locations.

"It is important in the hard-won fight against Covid-19 that we don’t put our communities at risk and can maintain strong border controls that minimise any risk of community transmission,” Mr Boult said.

“However, the Queenstown Lakes District has extremely limited health care capacity in the event that there should be a localised outbreak beyond any quarantine facility, and this should be a significant concern.

"This real concern is something that should be taken into consideration before any final decision is made and I would recommend discussions should be had with both this Council and the Southern District Health Board to further inform that decision.”

Next week the priority will be to reinstate compassionate exemptions, Woods said.

"It is our absolute priority to ensure these can safely go ahead."

Woods said the criteria for compassionate leave was being reviewed, including how long someone needs to be in a facility and whether they need a negative test before leave could be granted.

Whether someone granted leave could self-isolate in the community after leaving for the remainder of the 14-day period was something still being considered, she said.

"These are exemptions. There are about exceptional circumstances."

There are also more people in facilities, and safety would be the chief priority in any compassionate leave.

Woods said daily information sheets will be available, including how many are in quarantine and managed isolation facilities, and the inflow and outflow of people, as well as testing data.

Samples from hotels will also be fast-tracked, particularly for day 12 tests, she said.

Wastewater will be sampled at the Jetpark Hotel from next week as well.

This is worrying. So far the quarantine system has been flawed in so many ways. It is a good, necessary idea but needs much stricter control. There are two possible options for Dunedin. The old prison isn't in use at the moment but the obvious one is Quarantine Island. Just needs a few tents and it's all sorted. I certainly don't have faith in our council to make good decisions on this.

The only thing that is “absolutely disgraceful” and “outrageous” about this news item is Hamish Walker’s reaction. He is quoted as saying “These people are possibly heading for Dunedin, Invercargill and Queenstown from India, Pakistan and Korea.” As we know, these are all NZ Citizens or people who have the legal right to be in New Zealand. Is his point that it would somehow be less disgraceful and outrageous if they were travelling from the UK or the USA and perhaps had a different skin colour?

National still making ignorant comments I see. NZ citizens can go anywhere they like and can be quarentined anywhere appropriate. If they are under quarentine then they are not a threat to anyone sort of the meaning of quarentine isnt it.

Walkers entitled comment out of line. What makes Queenstown so special. I thought it was multi cultural...! Nothing decided yet. I’m certain empty hotels will lap it up.

The good news is that, with our weather, no-one will be complaining about not being able to go outside!

Nimby says Nat Walker. Maybe he needs to take a deep breath before he speaks. Have a chat with his new leader. I'm sure he will be given some great advice

India, Pakistan and Korea are not races, they are countries. As much as the mayor of Dunedin wants to call it dog whistling, what Hamish Walker was indicating was that people are being invited from some of the most contagious places in the world to the South. We do not need to spread the possible sources of contagion to the South. In Level 1 we are still in need of careful management which the PM has already indicated. It is not racist to indicate which are the dangerous places that the Covid-19 disease resides in. It is common sense to avoid contact with those areas where there is contagion. That's all that is being said. 11,000 or 6,000 make little difference. One person can start community transmission.