Surprisingly, the hottest spots were not in Central Otago but on the coast.

A MetService spokeswoman said the highest temperature recorded in Otago and Southland was 33.8degC in Dunedin City, between 4pm and 5pm.

The Taieri reached 32.1degC between 4pm and 5pm, and Oamaru also scorched, recording 32.5degC at the airport and 30.7degC in the township about 6pm. 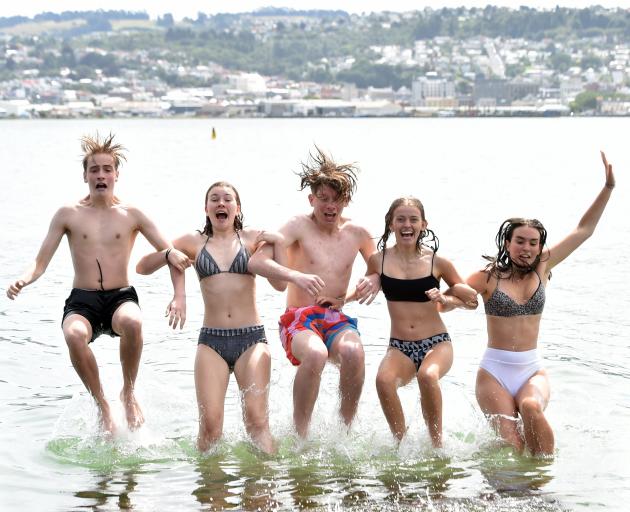 Cooling down at Vauxhall from left, Jack Murphy (16) Niamh Crooks (15) Sam Sinclair (15) Sophie Broadley (16) and Elsha Bulmer (16) all of Dunedin on a hot Dunedin day at Macandrew Bay on Tuesday evening.PHOTO:PETER MCINTOSH

The remainder of the southern region had highs ranging in the mid-to-high 20s.

New Zealand’s highest temperature yesterday was in Ashburton, where it reached 39.3degC between 3pm and 4pm.

The mercury remained high, well into the night and is expected to be up again today.

Fire permits have been suspended in most of the South Island given that heat and strong winds were forecast. 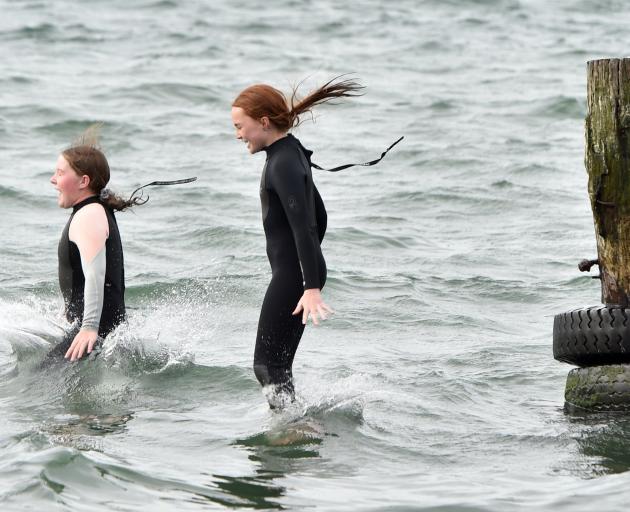 Claudia Harcombe (12),left and Mila Tarasiewicz (12) of Macandrew Bay jump in the water to cool down on a hot Dunedin day at Macandrew Bay on Tuesday evening. PHOTO: PETER MCINTOSH

"Please, avoid any spark-generating activities, like grinding and cutting metals outdoors, or using farm machinery. Even mowing the lawn could cause sparks to start an out-of-control fire," he said.