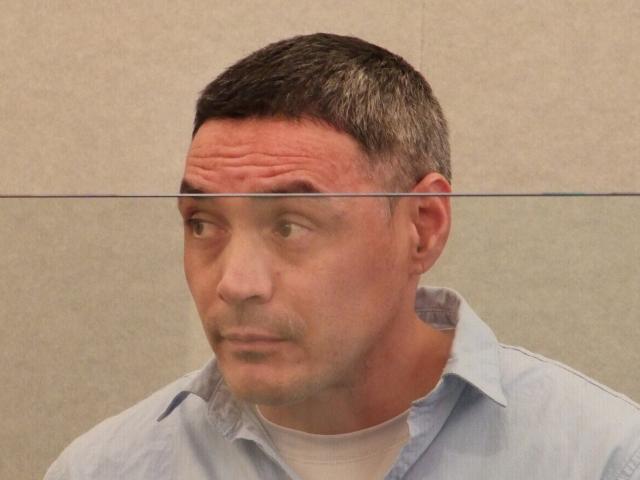 Rickie McCutcheon
Two Dunedin men have been convicted after they teamed up to sexually abuse a teenage girl after a night of drinking.

One of the defendants is a key witness in an upcoming trial and was granted name suppression at the Dunedin District Court yesterday so as not to prejudice that case.

The teenager, who admitted three counts of sexual connection with a young person, was so young at the time that Judge John Macdonald was limited in terms of his sentencing options.

He settled on 12 months' intensive supervision.

Jointly charged was Rickie James McCutcheon (39), who previously pleaded guilty to four counts of sexual connection with the victim, who was then 15.

Judge Macdonald sentenced him to two years, three months' imprisonment. It was noted he had no form for such offending.

The defendants were drinking with a small group of friends at a Dunedin flat on December 4, 2017.

The teenager arranged for the victim to be picked up and brought to the property, ''despite their relationship being turbulent at the time'', the court heard.

After drinking through the evening, the defendants left at 10pm.

The victim, who was ''relatively sober'', went too.

When they ended up back at the younger defendant's bedroom, he told the girl both he and McCutcheon wanted to have sex with her.

''They both repeatedly insisted that she remove her clothing,'' court documents said.

The pair performed an array of sex acts on the girl before they all went to sleep.

In the early hours of the following morning, the victim got up to use the bathroom and when she returned, the teen had sex with her.

At 10am, McCutcheon drove the girl to the Octagon ''and while en route, pleaded with her not to tell anyone what had happened the previous night''.

She ignored the man's appeal.

McCutcheon declined to make a statement, while the younger man admitted the girl had stayed with them.

However, he denied any intercourse had taken place.

That stance changed this year when more serious charges were amended to their current form.

McCutcheon's counsel Sarah Saunderson-Warner said while her client accepted responsibility, his recall of the incident was patchy because of his level of intoxication.

The case had been delayed by the man's deteriorating mental health but Ms Saunderson-Warner said he had wanted to apologise to the victim in person.

A restorative-justice conference was not arranged.

Aside from the physical harm the victim suffered, the court heard she had spent the year following the trauma struggling to sleep and considering self-harm.

While Judge Macdonald stressed the seriousness of the charges, he said the episode did not appear premeditated.

''It's my impression what happened on this night had an air of spontaneity about it,'' he said.