Fleeing partygoers jumped onto others from second storey 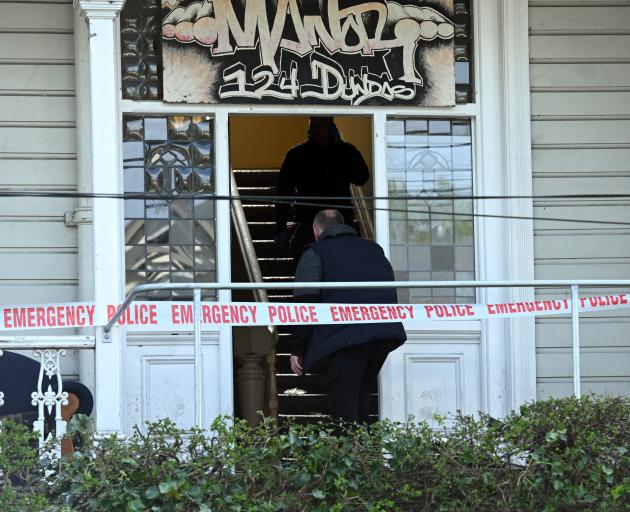 Police climb the stairway of the student flat known as "The Manor". PHOTO: LINDA ROBERTSON
Partygoers jumped from the second storey of a Dunedin flat on top of others as they tried to flee the scene of a party gone wrong.

A pile-up six people high gathered on the ground as partygoers fought to get out of the flat, known as The Manor, on Saturday night.

University of Otago second-year student Sophia Crestani, 19, was reportedly crushed at the bottom of the pile and died shortly afterwards.

A student who attended the party told the Herald of "hectic" scenes where intoxicated people frantically tried to exit the flat.

"People were jumping off the top of the stairs onto other people. It was basically a human dog pile. People were mounting on top of each other," she said.

"There was major anxiety, everybody was trying to get out while others were coming in, it was a big wall. People were getting squashed."

Police today confirmed a scene examination at the flat had been completed and they had spoken to a number of people who attended the party.

Two other partygoers sustained minor injuries following the panicked stampede to exit the Dundas St party around midnight on Saturday.

The two, who were both residential students, had knee or leg injuries, University of Otago Vice-Chancellor Harlene Hayne said.

Many of people who attended the party had been drinking.

The student thought partygoers panicked because the police were on their way.

"Everyone was intoxicated, it was a really bad situation," she said.

"Everybody was [acting] completely out of fear - it was getting to the point people were hurt. Nobody was having fun in there."

Plenty of other partygoers had sustained injuries but fled the scene after they exited the flat, she said.

The student didn't think the flat was big enough to house 600 people at one time but thought hundreds had been through its doors over the night. 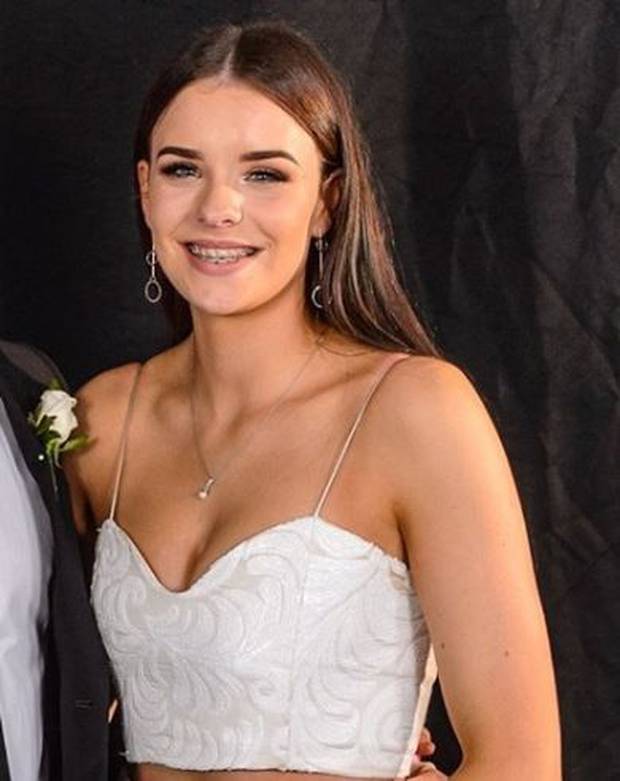 Another witness at the scene, a Dundas St woman who did not want to be named, said she was at the party from early evening, and was one of the last to leave at the end of the night.

She said the party started out fairly quiet around 7pm.

By 8.30pm more people had turned up for "the last party at The Manor'', which is going to be leased by the University of Otago next year.

At around 10.30pm, people were packed in "like sardines'' but they were having a good time, she said.

She said the party was trouble-free - "there hadn't been any scraps''.

While reports suggested up to 600 people had been at the flat, she said it was more like 200.

"There was nobody out on the street, and you couldn't get 600 people into that house.''

The stairwell was "pretty hectic'', as people were continuously going up and down, she said.

Campus Watch had been at the scene for about an hour before the incident, she said.

"It was a shame the housemates had to be the ones to shut it down,'' she said.

The flat's tenants called police to help shut down the party, and people started trying to leave when police arrived, the woman said.

"People started falling down the stairs onto one another, that's when the panic set in, people thinking 'I don't want to be the one on the floor'.

"I don't think a lot of people realised what happened.''

The woman said she saw Ms Crestani fall on the stairs.

She said her friends waited in a corner until they were able to get out. It took between 20-30 minutes for everyone to get out of the flat, she said.

One of the woman's friends was a close friend of Ms Crestani.

"She was distraught on the floor.''

The woman hoped fingers would not be pointed over the tragedy.

"Every party in North Dunedin is always packed.

"It's a terrible thing that happened, but every party has injuries, this was just on a new scale.

Two other people sustained minor injuries during the party.

The university had emailed students with information about where to get support, she said.

"The attitude of students has really shone through, they're looking after each other.''