From patient to nurse 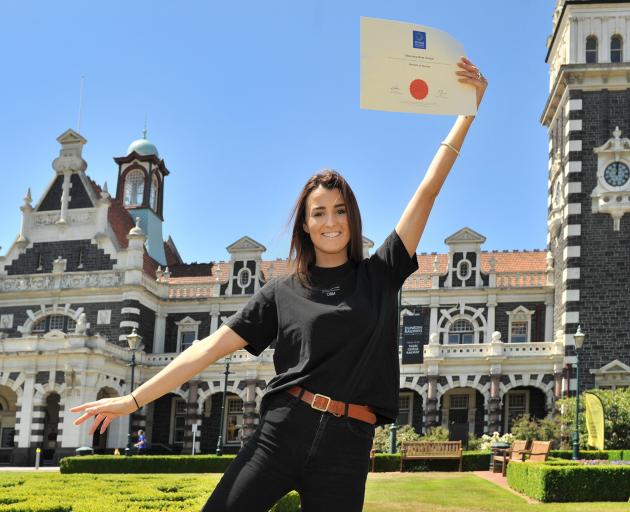 After battling a serious disease and being told she had only a matter of months to live at one stage, she graduated from the Otago Polytechnic’s School of Nursing on Friday and has landed her dream job.

She will begin a nursing position in Dunedin Hospital in the surgical ward, 4C, in February.

"My dream was to get fourth floor, so I am really really excited.

"I just want to give hope to people that anything is possible."

Ms Cooper (23), whose father is former All Blacks and Otago player and Highlanders coach Greg Cooper, was diagnosed with Crohn’s disease, an inflammatory bowel disease, when she was 10.

It meant she would suffer debilitating stomach pain, cramps, hair loss and weight loss, among other painful symptoms.

In the seven years following her diagnosis, she tried every medication available — including small doses of chemotherapy, infusions and steroids — but nothing worked. 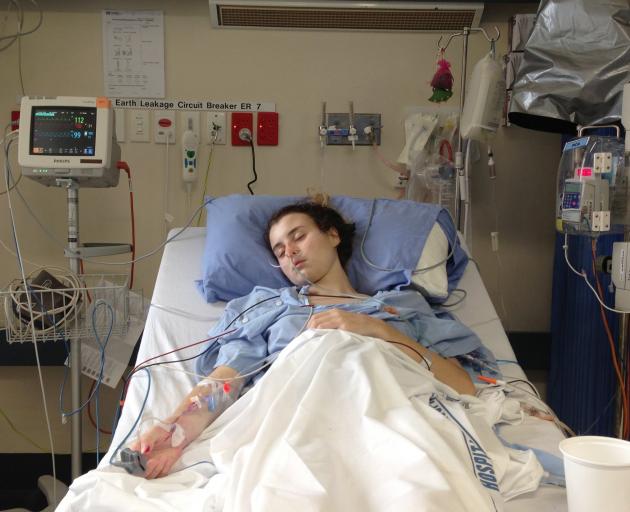 Ms Cooper spent a lot of time in hospital as she underwent about 10 operations for Crohn's disease. PHOTO: SUPPLIED
Her health took a turn for the worse in 2014 while she was in Japan with her family.

"To this day, I remember saying to my brother, ‘I feel like I’m dying’," she said.

After an emergency flight back to New Zealand, followed by a colonoscopy and gastroscopy, Ms Cooper was told she would only live two more months unless she had major surgery.

It involved a large part of her bowel being removed and her being fitted with a permanent ileostomy, which essentially meant bringing her small bowel to the outside of her body, she said.

Following the surgery, doctors told Ms Cooper she may not have made it through four more days if she had waited any longer.

"As hard as it was to hear that, it feels easier to look at it like that — I know I had no other choice."

It wasn’t the end of her struggle.

Five days later, she had emergency surgery for sepsis, and about nine further operations followed for twisted bowel, perforated bowel, adhesions, blockages and other complications.

It meant she spent about two years in hospital, being admitted quickly after each attempt to leave.

"I spent Christmas and my 18th birthday in hospital."

Losing 15kg-20kg, battling chronic fatigue and being tube-fed to build her strength back up for each surgery became her new "normal", she said.

Ms Cooper was not about to give up.

She finished high school, despite being able to attend only about one term of year 13, and picked up university papers part-time after school.
It was not until she visited her cousin in the same ward she had been in during her time in hospital that she realised what she truly wanted to do.

"I have been given, I guess, the gifts of empathy, compassion, understanding and insight of what patients need," she said.

"I have seen what amazing nurses are, and nurses I don’t want to be like — I have seen both ends.

"I keep that experience close and that is what drives me."

Despite several hospital admissions during her time studying, including one two weeks before exams and placement, she completed her placement without taking one sick day, she said.

"I know where I am meant to be now.

"I will go out of my way for my patients, their families and my colleagues."