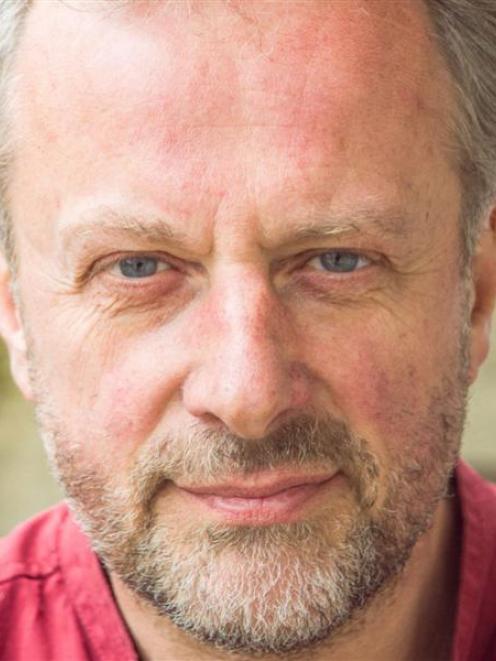 Lee Vandervis.
Dunedin city councillor Lee Vandervis could be temporarily stripped of some voting rights after misleading a council subcommittee and erupting in anger at the council's chief executive, it has been confirmed.

The findings came in a report (see below) by the council's conduct committee, made public yesterday, which recommended Cr Vandervis be censured and stripped of council committee voting rights for two months.

The recommendations will be debated by the Dunedin City Council on Tuesday, with any punishment requiring the support of 75% of councillors.

Cr Vandervis yesterday criticised the process as a ''kangaroo court'' running an expensive ''show trial'', but refused to comment further when contacted.

He said the council ''haven't deemed fit to let me know what the contents are'', despite the report being hand-delivered to his house on Wednesday night, the Otago Daily Times understands.

Cr Vandervis said he was ''out last night'' but, when offered an outline of the findings by the ODT, dismissed the ''bloody absurd'' idea and hung up.

Instead, in an email posted online last night, he insisted he was ''innocent'' of misleading the subcommittee.

The two ''loudness claims'' against him also relied on evidence ''which I have not been allowed to see and therefore defend'', he wrote.

The details emerged after he was accused of shouting and swearing at council chief executive Dr Sue Bidrose in a Municipal Chambers hallway in February.

It was later suggested he had also erupted during an earlier meeting of the council's audit and risk subcommittee, on December 3, and misled the subcommittee in comments about the scope of a police investigation into the Citifleet fraud.

Together, the incidents prompted complaints from Crs Chris Staynes, Richard Thomson and Kate Wilson alleging breaches of the council's code of conduct.

Yesterday, the committee upheld all three complaints and recommended sanctions to show the ''seriousness'' of the incidents.

The report concluded Cr Vandervis had not been ''open and honest'' with members of the audit and risk subcommittee when, on December 3, he suggested police were not investigating the full breadth of the Citifleet fraud.

That was despite receiving an email from Dr Bidrose on November 20, assuring him they were.

Dr Bidrose later had a meeting with Cr Vandervis to reiterate that ''explicitly'', after seeking further assurances from police, including area commander Inspector Jason Guthrie.

Both assurances were given before the audit and risk subcommittee's meeting on December 3, but were not disclosed by Cr Vandervis when he made his comments.

That ''significantly strengthened'' the case against him, the report said.

''Even though Cr Vandervis retained his own scepticism, he must have known that if he told the full story, his listeners might well form a different view ...'', it concluded.

Cr Vandervis, in his email last night, maintained the police investigation was ''certainly very narrowed'' until he raised the issue.

The committee also found Cr Vandervis had been ''aggressive and abusive'' towards the subcommittee's independent chairwoman, Susie Johnstone, at the same meeting.

She ruled a paper could not be debated, prompting Cr Vandervis - who had worked on it over the weekend - to erupt, with some witnesses describing him rising to his feet and yelling, the report said.

While Mrs Johnstone did not feel intimidated, two other witnesses were, with one describing the episode as ''scary'', the report said.

A second incident took place on February 2, when Cr Vandervis confronted Dr Bidrose - in the presence of council corporate services group manager Sandy Graham - during a ''one-way heated discussion'' in a hallway.

Cr Vandervis was concerned about the handling of the earlier complaints against him, but witnesses described him ''shouting'' and being ''very, very aggressive''.

Cr Vandervis later downplayed the incident to the ODT and initially denied swearing, but the report said, during the incident, he had described the complaints process as a ''f... farce''.

''His shouting was directed at her [Dr Bidrose], unlike his reference to the complaints process as a f... farce, which she felt was not directed at her personally,'' the report said.

Dr Bidrose said she did not feel physically intimidated or ''in danger'', having ''come to know Cr Vandervis well''.

However, part of the incident was witnessed by councillors including Jinty MacTavish and Kate Wilson, who both said they were afraid for Dr Bidrose and Ms Graham, the report said.

The incident was ''a very long way'' from treating staff with the courtesy and respect required by the code, the report concluded.

Cr Vandervis later emailed an apology to councillors which ''went only halfway'' and was rejected by Cr Wilson.

The committee recommended Cr Vandervis be censured for each breach and suspended from all council committees - but not the full council - for two months.

That would mean he could attend meetings and speak, but not vote.

Cr Vandervis last night dismissed the sanction as an ''abuse of my representative function, but a wet bus ticket given my continuing right to debate''.

''It will be interesting to see if enough councillors will vote for that.''

Mayor Dave Cull said it would be ''inappropriate'' to comment on the report's findings until after Tuesday's meeting.