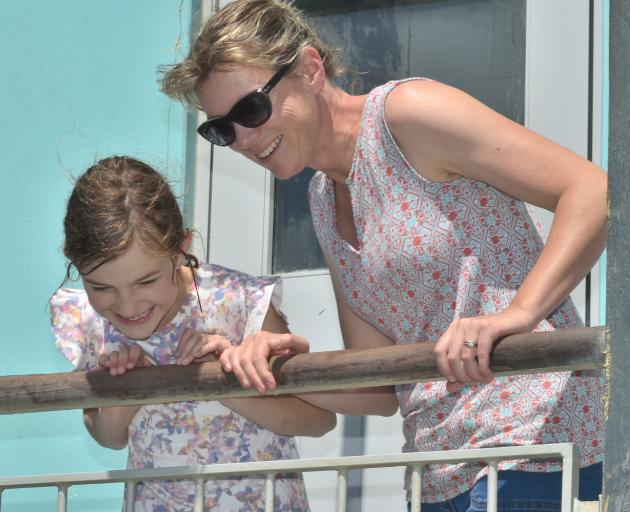 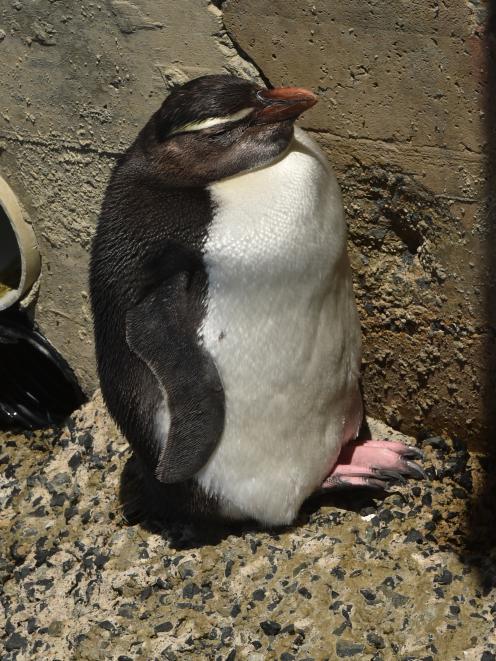 One of the rarest of New Zealand's mainland penguins, the bird cut a sorry figure crouched behind the back wall of the pool yesterday morning, where it became the centre of attention.

Department of Conservation coastal Otago ranger Jim Fyfe said the penguin had probably come ashore to moult, meaning it would be a landlubber for ''a few weeks''.

''They're fairly much stuck on shore during that period and just standing around looking sorry for themselves.''

Because of that, they looked for a good place to hunker down. The penguin appeared to have chosen a spot behind the pool.

That spot was not a particularly appropriate one. Mr Fyfe said the penguin had been chased back into the water, and had swum to rocks below the pool's cafe, where it might stay for the duration of the moult.

Fiordland crested penguins' breeding range extends along coastlines south of Bruce Bay in South Westland, to Fiordland and the islands of Foveaux Strait and Stewart Island.

Immature birds that moult in summer and early autumn sometimes turn up on the east coast.

Mr Fyfe said a Fiordland crested penguin had moulted by the pool a couple of years ago.

He said pool staff were excited by the possibility it may be the same one.

When the penguin had been chased away from the area behind the pool, it had swum to the same place where the previous penguin stayed during its moult.

Mr Fyfe said because moulting involved the penguins replacing their feathers, they lost their water-proofing and had to stay out of the water.

Typically, a few would moult in the Dunedin area through January and February.

Mr Fyfe said the birds were ''very vulnerable'' to dog atttacks while they moulted.