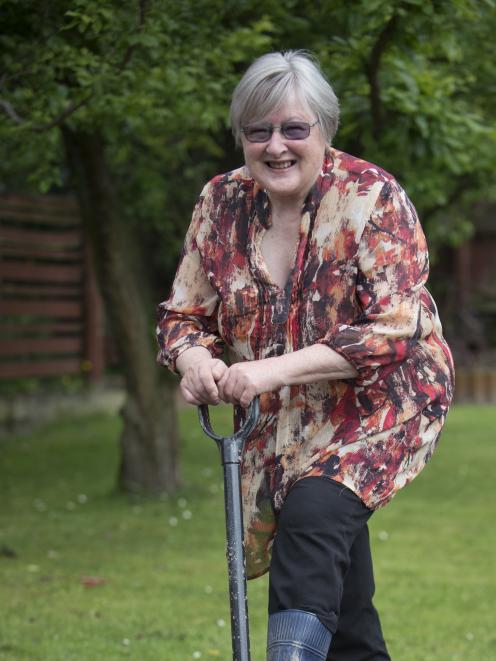 Going to the ExPinkt gym has been hugely beneficial for Dunedin’s Glenys Bowles, and she is hopeful it can be saved from closure. PHOTO: GERARD O’BRIEN
Efforts are ramping up to save a doomed Dunedin gym that has helped cancer patients for more than a decade.

An online petition has been launched calling for a reversal of the decision to close the ExPinkt exercise programme, which has run at the University of Otago School of Physical Education, Sport and Exercise Sciences gym for 12 years.

The university recently confirmed the gym would close in December due to financial challenges, and the imminent retirement of the programme’s leader.

As of yesterday afternoon, the petition had nearly 1200 signatures.

The gym has provided hundreds of people with training and physical exercise programmes, as well as giving students the opportunity to work with cancer survivors in an exercise setting.

One of its users was Dunedin woman Glenys Bowles (73).

After being diagnosed with breast cancer five years ago, she was invited to the gym.

The benefits of attending it had been wide-reaching, from helping with her arthritis to her diabetes.

She was ‘‘absolutely gutted’’ to learn it would close.

She hoped it could be saved, but was not overly confident the decision to close would be reversed.

Division of sciences pro-vice chancellor Prof Richard Barker previously told the Otago Daily Times the clinic did not operate on a financially sustainable basis and the university was not in a position to continue to support it without any significant outside investment.

‘‘Attempts to obtain external investment via research grants and a donor support campaign have not proven successful. While there is widespread support for the programme among both participants and health practitioners, no key funder has been identified.’’

The nature of the clinic as part community service, part research programme and part commercial service meant it was unable to apply for funding as grants are usually reserved to a specific service.

What a travesty that something so beneficial to so many people, both in well being and in learning gets the heave ho because the uni can't find the money. How much are they spending on buildings over the next few years? Ridiculous. Where do I sign the petition...