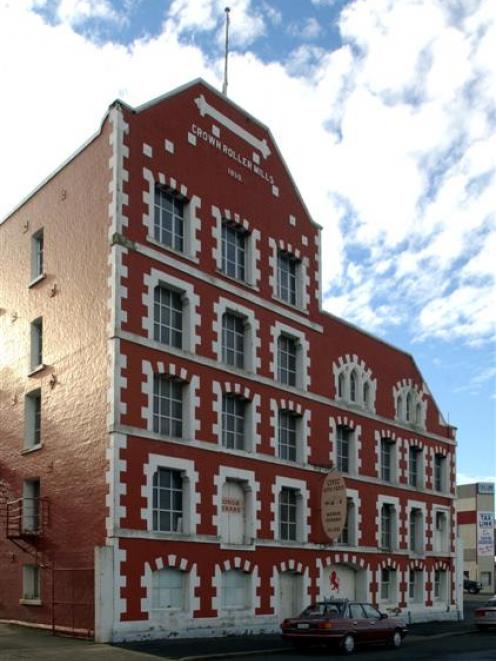 The Crown Roller Mills building. Photo from ODT Files
Potential buyers of luxury apartments in a redeveloped Victorian-era Dunedin factory seem to have been "waiting for years" for such a development to come on to the market, Dunedin real estate agent Peter Booth says.

Since they were first advertised two weeks ago, the interest had been "phenomenal", he said, with much of the interest coming from Dunedin residents.

"A common comment from people is that they have been waiting for years for an apartment to come on the market which they would want to live in. They have been blown away by the quality."

Several were already under offer, he said. He would not be drawn on how many several was.

The apartments range in size from a 100sq m, one-bedroom space to the four-bedroom, two-bathroom, two-level penthouse which, at 341sq m, Mr Booth said was larger than most houses.

The group was "proud to be involved with an iconic building of such high quality and appreciates the excellent public support received to date," he said in a statement, referring further comment to Mr Booth.

Mr Booth said he was not surprised at the interest in the apartments.

His company had been managing the leases on the apartments for about 18 months and there had been almost 100% occupancy, he said. Some had been leased by individuals and others by companies.

Some potential purchasers were considering leasing an apartment out rather than living in it themselves, he said.