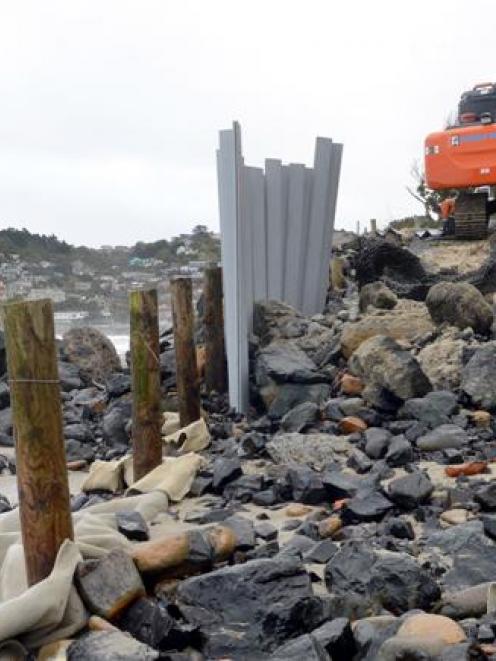 Fulton Hogan contractors were on site yesterday at the northern end of the Esplanade, installing plastic sheet piling to the seaward side of the temporary boat ramp built for the St Clair Surf Life Saving Club in 2013.

The piling would shore up the wall and stop the ramp's rocks rolling into the sea.

As well as ensuring public access, the repaired boat ramp would allow beach access for the heavy machinery needed to undertake repair work to the beach's heavily eroded dunes.

Damaged sand sausages would be repaired and new ones installed in the coming months to protect the dunes, which had lost many metres to the sea this winter.

Sand dredged from the Otago Harbour and being stockpiled at the end of Moana Rua Rd at Middle Beach, would be used to fill the new sand sausages and replenish the stripped dunes.

That work was to be completed before next winter's storms with more permanent work, which could include a buried backstop wall, to occur in coming years.

Mr Saunders said any plans for long term work would be brought to the community for feedback at ''key stages''.