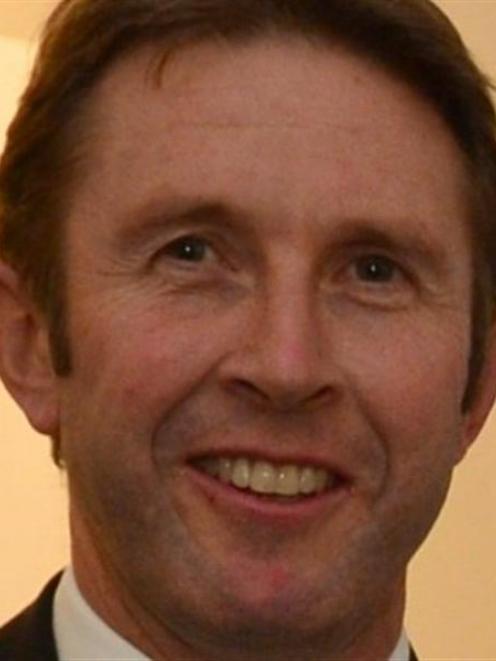 Phil Page.
The fate of a proposed Gladstone Rd North subdivision on the edge of the Wingatui Racecourse now rests with a Dunedin City Council hearings committee.

But the club has so far failed to win over a council planner, who has continued to oppose the proposal despite a last-minute offer to reconfigure the planned subdivision.

The offer came as the club's representatives wrapped up their application to rezone rural land on the edge of the site, and subdivide it into 11 lots, when a consent hearing resumed in Dunedin yesterday.

Neighbours' worries about disrupted views and a loss of rural ambience prompted the club's counsel, Phil Page, to offer to reconfigure the subdivision by moving two of the proposed lots.

And, responding to concerns about the impact of the subdivision on the Wingatui Hall, Mr Page said in future, the community could make use of the racecourse's facilities, allowing the council to sell the old hall.

That was not enough to sway council planner Lianne Darby, who stuck to an earlier recommendation that the council's hearings committee should decline consent because granting it would create adverse effects for neighbours and set an ''undesirable precedent''.

The offer by Mr Page came after committee chairman Cr Andrew Noone asked if the club - which had already revised its plans in response to neighbours' concerns - was prepared to go any further.

Mr Page said lots 10 and 11 could be moved, creating ''view shafts'' to rural areas for neighbours living opposite them.

However, Mr Page also took aim at some submitters' evidence, including that of Gladstone Rd North resident and architectural draftsman David Wade.

Mr Wade had presented photo montages purporting to show what the new houses would look like, but Mr Page told yesterday's hearing the images contained ''a major perspective distortion problem''.

The images either contained ''honest'' errors, or Mr Wade's evidence was ''thoroughly and deliberately misleading''.

''Either way, you should give it no weight,'' Mr Page told the committee.

And, responding to other neighbours' concerns about disruptions to rural views, he emphasised the choice was between the proposed subdivision or another development.

That could take the form of a new, noisy and brightly-lit stables, which would be allowed as of right, but the club believed the subdivision was the best ''interface'' between the racecourse and nearby homes.

''We have made it clear the status quo is not on the table. The club has to move on.

''For the racing club, it is quite baffling that those who live in houses seem to be so offended by the sight of other houses, save obviously for the ones that they live in themselves.''

He also took issue with Ms Darby's suggestion the alternative stables development suggested for the site might not be a permitted activity under existing rural zone rules.

She said the club's stables were ''not exactly an accessory building to the farming of horses'', and resource consent might be required.

A decision was expected within 15 working days.