One-time Dunedin resident Essie Summers, author of more than 50 Mills and Boon novels, was remembered for her contribution to literature on Saturday when a plaque in her honour was unveiled at the feet of the statue of Robbie Burns.

"She would not have been surprised, she would have been astonished and elated," Summers’ daughter Elizabeth Jack said of her mother’s prominent position on the Dunedin Writers’ Walk.

While Summers was best-known for her prolific output of three romances a year, she was an accomplished writer in many fields, being a regular newspaper columnist and having also had poetry and prose published.

"It’s wonderful and a huge honour to be at the feet of Robbie Burns because she just loved the history of wherever she was, and of the Otago province in particular," Mrs Jack said. 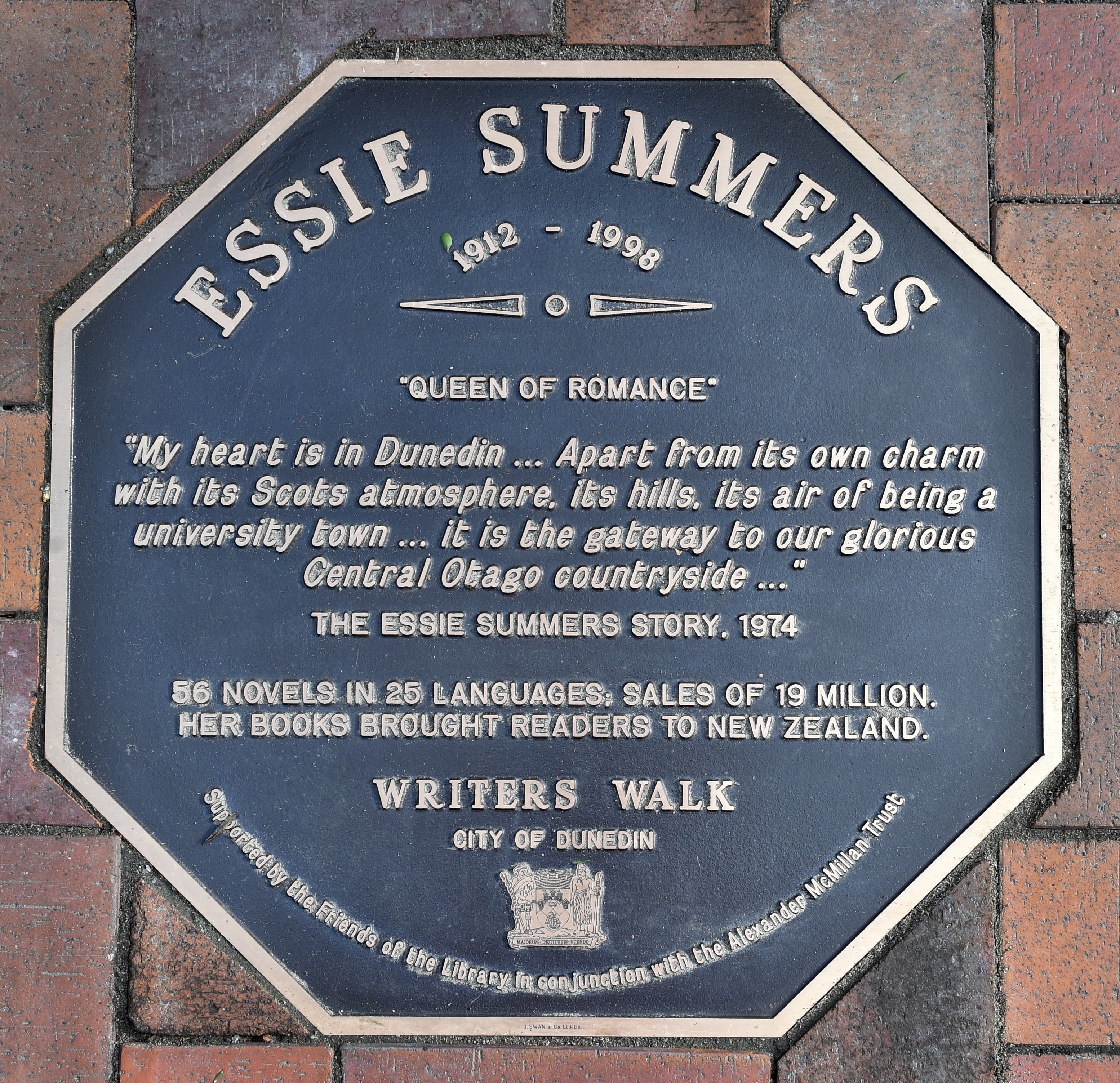 The plaque was unveiled by Mrs Jack and her brother Bill Flett.

Summers, who died in 1998 aged 86, had her first poem published in an Australian magazine at the age of 18.

She was a columnist for The Timaru Herald and The Christchurch Star and also submitted poems, articles and short stories to other publications.

Her husband William Flett’s role as a clergyman brought the couple to Dunedin, and it was Mr Flett who suggested she turn her hand to novels after feeling she had done her dash as a columnist.

"He said ‘I think it’s time you set your sights on writing your book’ and that was exactly what she did," Mrs Jack said.

"Her first book was written under quite a different title but came out at Alan Boon’s insistence as New Zealand Inheritance, because he said this is something new and different.

"She painted New Zealand scenes very well and her readers knew exactly where they were, which was rare for books back then."

Friends of the Library project leader Ruth Williamson said Summers had a special place in the history of New Zealand writing.

"Her achievements were remarkable and she wasn’t your run-of-the-mill romance writer because New Zealand was so important in the novels."

Dunedin Mayor Aaron Hawkins said the initial selection of authors for the Dunedin Writers’ Walk had reflected a perception of what was "important" writing, and he welcomed the inclusion of such an undeniably popular writer.

• Also celebrating Essie Summers is an exhibition at Dunedin City Library's Reed Gallery. It features all 56 of her novels together with archival items on loan to the library from her descendants including photographs, correspondence and poetry. The exhibition runs until August 29.