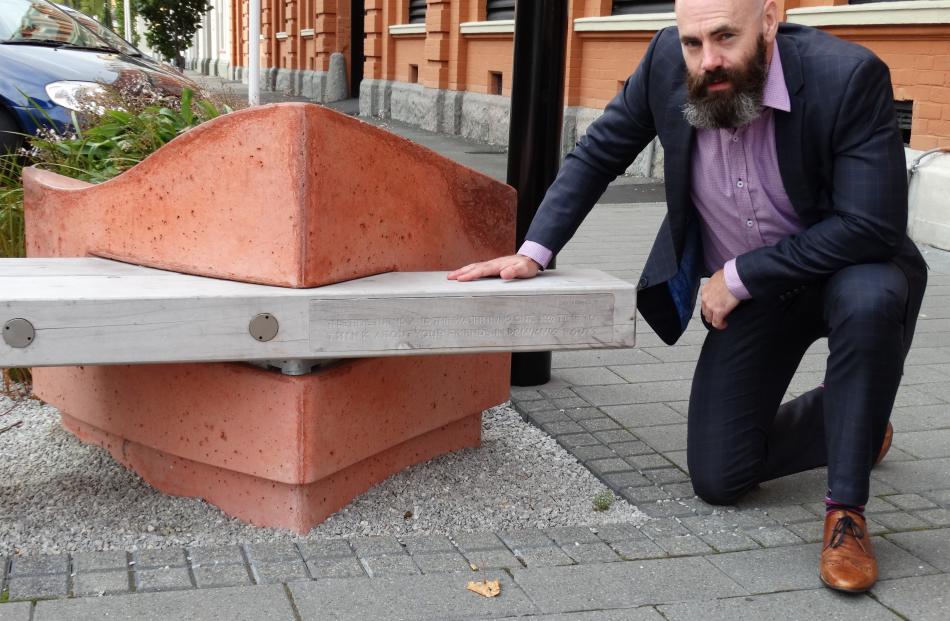 Dunedin residents have been granted poetic licence with an initiative calling for lines of verse to be engraved on new seats to be built in Vogel St.

Dunedin City Council urban design team leader Glen Hazelton said he hoped the poetry would help to tell personal stories from Dunedin locals about the Vogel St area and what it meant to them.

Song lyrics were engraved on seats at 77 Vogel St by Otago Polytechnic students, who designed the seats.

The lyrics were selected from Dunedin bands that used to practise in the area.

More seats, also designed by the polytechnic, would be engraved with poetry in the new Jetty St mall and outside 123 Vogel St.

Mr Hazelton said poetry appealed as a medium because it could readily convey in a short amount of space the essence of a place, which was demonstrated in some submissions already received.

‘‘It can be short. It can be punchy and it can be really evocative,'' he said.‘‘Some of the ones that are coming through already, in the space of two sentences they can encapsulate the feeling of the area.

‘‘Poetry has that ability to really get to the heart of what that area's about.''

Mr Hazelton said such initiatives could help to lure people back into the city in an age when the pull of online commerce was strong.

‘‘I think in the modern world town centres are struggling more with competition from online shopping. If you have a more interesting place to go to, that's one way to compete with online retailers.''

Vogel St had been chosen as the location of the poetic seats as a component of the Warehouse Precinct Plan, which aimed to integrate more art and design into the street as it developed, Mr Hazelton said.

The story of Vogel St was one of revitalisation, he said.

‘‘It's somewhere that 10 years ago people had practically written off and expected most of the buildings to be demolished over time.

‘‘I think now there's all sort of new exciting things happening down there.''

Contributions can be sent to glen.hazelton@dcc.govt.nz.