Police beef up numbers ahead of truck protest 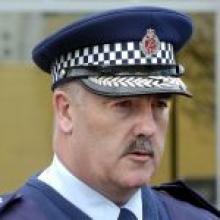 Organisers today told police up to 100 trucks, travelling in two groups from North Dunedin and Andersons Bay, were expected to converge on Dunedin's CBD at about 8.30am.

"A lot of extra staff have been programmed to keep order. We aim to keep things moving and
limit disruption, and will certainly be monitoring progress along the route,'' Insp Dickie said.

About 35 police from Dunedin stations would be taken off normal duties to cover the demonstration, while reserve staff would be rostered to respond to emergency calls.

"Initially, we had concerns they would block roads but it seems [transport operators] are taking a common sense approach. They are travelling along a pre-determined route and have provided a route map. But given the number of trucks expected, a reasonable level of disruption is expected - [organisers] were talking up to 100 trucks without trailers,'' he said.

Auckland police have advised motorists to either leave for work earlier than usual or stay home.

Wellington City Area emergency response manager Inspector Simon Perry said police were strongly advising commuters and travellers to avoid motorways and CBD between 7am and 10am.

The volume of trucks would cause huge delays on the highway and motorway systems and gridlock the central city, Insp Perry said.

Mr Bryant would not comment further on the details of those plans. The protests follow Tuesday's announcement by Transport Minister Annette King of increased charges for all diesel-powered vehicles and those weighing more than 3.5 tonnes.

Protests will also be held in Alexandra, Gore, Timaru, Invercargill, Christchurch, Nelson, Hamilton, Tauranga, Rotorua and Wellington between 7am and 8.30am.