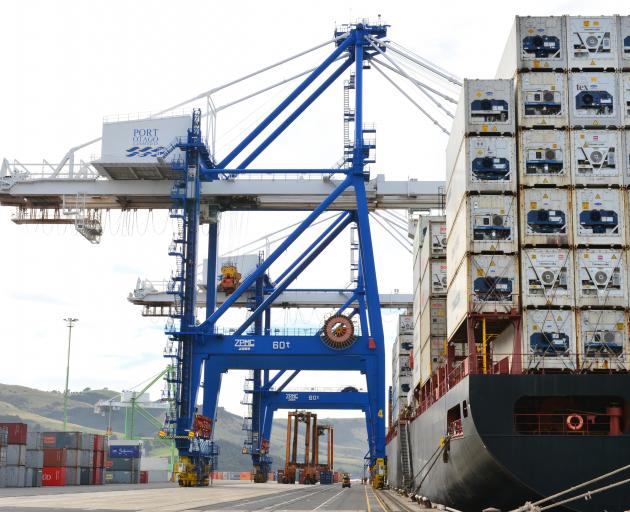 The Port Otago container terminal at Port Chalmers.PHOTO: GERARD O'BRIEN
The Rail and Maritime Transport Union and the Maritime Union of New Zealand have settled their two-month dispute with Port Otago.

The two maritime unions represent 250 of the port's workers and have had an overtime ban in place for the past two months.

Combined union spokesman John Kerr said members had "voted overwhelmingly" to settle for an offer from the port that met their concerns about fatigue management and delivered a 9.27% compounded pay increase over three years, backdated to July this year.

"There has been an overtime ban in place at Port Otago for over two months and that has been lifted forthwith.

"From here we will move to vote on ratification of the new collective agreement as soon as is practicable. We are looking forward to working with port management on ensuring a safe and productive workplace from here on," he said.

While he believed most union members would be very happy with the pay increase, more important was the commitment to work on a fatigue-management plan.

"Before we went into these negotiations, Port Otago didn't have a fatigue management policy ... they've committed to working with the unions on that, and for us that is huge."

Last month, Mr Kerr said management was regularly dependent on workers to do 14-hour shifts to turn around ships.

"We regret any inconvenience to port users or customers but we can no longer tolerate the real and meaningful health and safety risk to workers that fatigue represents."