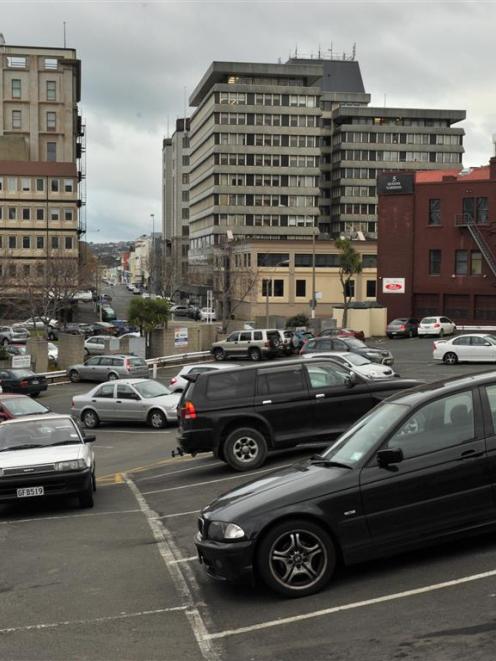 Part of the discussion focused on parking and the need to meet public and business requirements, he said.

The ORC hopes to establish a two-storey head office building, possibly with a basement parking area, in part of the DCC parking site at 15 Dowling St.

The site has more than 120 spaces, and about half are pre-allocated for longer-term use.

The ORC has said it wants about 60 vehicle parks, at least some of which could be within its proposed building.

Last month, Les Mills club manager Peter Lee said it was critical for the area's future that a multistoreyed parking building was added, if part of the nearby car park was redeveloped.

The ORC plan would "bring benefits to the area'', but it was crucial the DCC established a parking building elsewhere on the site, he said.

Asked about a parking building, given pressures on parking, Mr Bodeker said a "shared approach'' was "certainly possible''.

There could be scope for a commercial operator as well.

Discussions were at an early stage, and the ORC would examine "various options'' and see what emerged.

He believed a mutually beneficial solution could be reached, but more work had to be done.

Former Dunedin city engineer Trevor Williams, who was deeply involved in planning the future of city council car parks in the 1960s, also believes a "win-win'' outcome is possible.

Mr Williams (85), now of Wanaka, once prepared a comprehensive report on the development of the current Dowling St off-street car park.

He recently wrote to the Otago Daily Times and said the ORC head office proposal "seems an excellent use of the High St frontage of the site''.

It was "important the rest of the site was developed for multi-floor parking as originally envisaged''.

Regional councillor Trevor Kempton and Mr Lee had referred to a "resurgence of activity in the area'', and that would "certainly be assisted by an increase in off-street parking on this site'', Mr Williams said.