By Mike Houlahan
0 Comments
A conversation between the late Malcolm Black and his family is now available for all the world to hear.

The one-time frontman of 1980s chart toppers Netherworld Dancing Toys came back to Dunedin in 2019 to record one last album before his death, aged 58, from bowel cancer.

The album, which was written about and to the For Today vocalist’s wife and four daughters, has now been released under the title Songs For The Family.

"They say before someone dies there is a crescendo of energy and the album was definitely his," Mr Black’s widow, Julia, said. 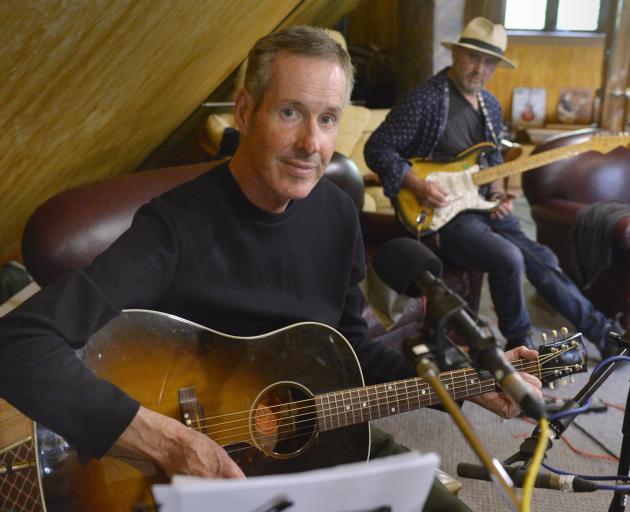 Malcolm Black (left) rehearses for his new solo album in the home studio of Jeff Dickie in 2019. PHOTO: GERARD O'BRIEN
"It was surprising how much new material he had ruminating in his mind because he hadn’t actually written anything for quite some time. It just blew me away."

While Mrs Black knew her husband — who had gone on to a career as a lawyer, music executive and businessman after his band broke up — had wanted to record an album, and she wholeheartedly supported him, the undertaking was a huge logistical challenge.

"It was hugely ambitious given what our day-to-day existence was like. He was pretty unwell for most of the time ... he had a stroke, seizures and there were all sorts of side-effects and issues which saw him admitted to hospital regularly. 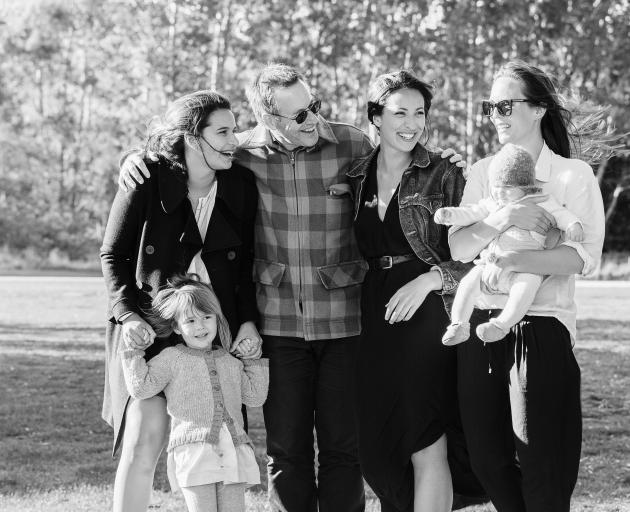 Malcolm Black with his family (from left) Awhina, holding younger sister Cilla, Ruby and wife Julia, holding daughter Martha. PHOTO: SUPPLIED
The 2019 recording session in the Dunedin home studio of Jeff Dickie was followed by a short show at the Captain Cook Hotel.

"Hearing those lyrics now, it does feel quite surreal," Mrs Black said.

"There is a big empty space which his physical being once held and to able to be reminded of his love for us all is quite something."

The opportunity to listen to the album and to be reassured by Mr Black’s lyrics and music was vital for the family, especially for Mr Black’s two youngest daughters, whose memories of Dad were starting to fade.

"Martha is now 5 and her memories of him are largely through stories she has been told and through photographs," Mrs Black said

"To have had a song written just for her about special moments they had together is amazing, and there are messages there for the two youngest girls in particular to carry with them through their lives."

"He was determined to push medical science as far as it would go, not only to extend the time he had with his family and friends but also to provide new information that would benefit all cancer sufferers.

"The tests and treatments he went through, most at his own expense, have significantly shifted the thinking on best practice for colorectal cancer treatment in New Zealand."

Prof Guildford said he was very grateful to the Black family for donating proceeds from sales of the album to the University of Otago’s Centre for Translational Cancer Research.

The money would support ongoing research into the use of precision medicine to treat cancer.

"The record is a beautiful testament to his hard-won philosophy on life, something that we all need to learn from."