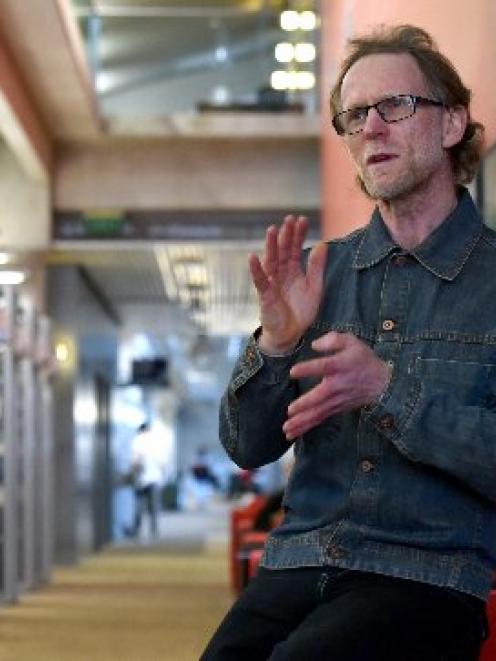 David Howard said when he was awarded the residency he closed his eyes and imagined he was a small boy having a badge pinned on his chest.

''That's what it felt like ... there's such joy. It's a kind of silly feeling, as if you've had too much Champagne.''

The 2013 Robert Burns fellow is New Zealand's first writer to be awarded the residency because he was connected to a Unesco City of Literature.

The residency, for two months from March, includes travel costs, accommodation and a stipend.

The trip would be his first to the Czech capital.

Mr Howard had a long-standing interest in Prague, having written and published the verse drama The Carrion Flower, which narrates the assassination of Nazi Reinhard Heydrich by Czech partisans in Prague.

''I am going to stand on the very corner where Heydrich was assassinated,'' Mr Howard (56) said.

He enjoyed a working relationship with Prague composer Marta Jirackova, who scored his poem There You Go.

In Prague, he planned to collaborate further with Jirackova, to begin a series of dramatic monologues on the Otago-raised ''Russian spy'' Ian Milner - ''a boy from Oamaru''.

Milner became an Australian diplomat at the United Nations and came under suspicion of spying. In 1950, he moved to Prague and secured a lectureship at Charles University.

The opening of Czech archives in 1996 revealed Milner worked for Czechoslovakian security, while at the United Nations and Charles University.

''It's a really interesting double life. He is a very tormented man but he is also a very sensitive man.''

Dunedin City of Literature bid co-ordinator Liz Knowles said applications for the residency were considered based on the quality of existing literary work, a creative plan, and willingness to engage in author readings, and public discussions in Prague.

''We are super-excited for David and absolutely delighted he has been offered this very special Unesco Creative City opportunity, courtesy of Prague.''