Praise for cancer plan, desire 'to do better' 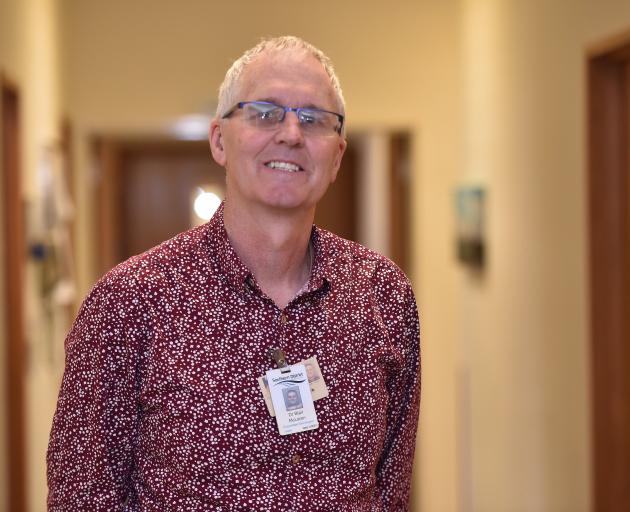 Blair McLaren is unstinting when it comes to the national cancer action plan.

"This is the best thing we have had in my career," the Southern District Health Board medical oncology clinical director says of the plan, launched a month ago with much fanfare.

"The great thing about the cancer plan is that it looks across that whole continuum, right from prevention through to screening, early diagnosis and rapid treatment."

Dr McLaren deals with patients at the sharp end of the battle against cancer. His fervent hope is that the cancer action plan will result in fewer people at his oncology department, which delivers radiotherapy treatment to some of the sickest cancer patients.

"Your best investment in cancer is not to have cancer," he said, noting with approval the plan's focus on prevention measures such as screening and vaccination programmes.

General practice will also play a vital role; if the family doctor can diagnose cancer early on, that improves a patient's chances of receiving surgery, the most common and successful cancer treatment.

Detection is the key to cancer treatment, as Winton man Blair Vining knows only too well.

Delays in spotting the signs of bowel cancer left him and his family facing a terminal diagnosis, and he launched a remarkable public campaign to improve access to cancer treatment.

"How did this cancer plan come to be? It came to be partly because the Vinings did something pretty extraordinary and put themselves out there as an example of what didn't go well with the system," Dr McLaren said.

"As a result, personalising the face of someone who has had cancer, has led to hopefully something great coming out of it.

"Whenever the plan starts it will be here in time. That's the best we can do because we can't go backwards.

"It would have been better to have been made five to 10 years ago, but there wasn't that focus previously, so it's a great opportunity."

That posed a challenge, as cancer was not a single disease with a single treatment method - "bowel cancer is not breast cancer", Dr McLaren said.

Nor were all cancer treatment programmes equal.

In the South the gold standard was lung cancer, which had a treatment pathway Dr McLaren described as quick, clear and comprehensive.

The challenge the region faced was to get all other cancer treatment pathways to that standard, and to reduce the delays which occurred if multiple clinicians all had to see the same patient for various reasons before treatment started, he said.

In addition Southern, the country's biggest DHB by area, had to deploy its cancer-fighting resources carefully, and to where they could most profitably be used, Dr McLaren said.

"Access to complex imaging is a key thing for cancer; you have got to know what a CT scan shows before you can move to the next step.

"Where do we have scanners? We have one in Queenstown, one in Southland, one in Dunstan and one in Dunedin.

"Now those populations are clearly not equivalent, and the access to CT scanning is better in some areas than others."

Reducing inequities in cancer treatment so groups who historically have poorer survival outcomes - rural populations, Maori and Pacific Islanders - is a key aim of the cancer action plan.

"Some of that will need more money and resources, but not all of it," Dr McLaren said.

For example, greater use of GPs and nurse specialists with cancer specialisations could be made.

"Surgical follow-ups will be nurse-led. You don't necessarily need a specialist doctor to do follow-ups, but you do need someone who has a specialist interest in it, and a great example of that is colo-rectal cancer.

"They have a clinical nurse specialist who does the majority of organising the follow-ups after someone has had cancer, so regular blood tests, regular CTs.

"If you put that kind of a service into somewhere like, say, Mosgiel, it would mean that growing ageing population out there would not have to keep coming up the highway."

Along with the pressure exerted by Mr Vining's campaign, the ageing population was another major driver towards the creation of the cancer action plan.

Cancer rates are largely driven by age - the longer someone lives, the more likely they are to be afflicted by cancer - and New Zealanders are living longer than ever.

Otago-Southland already had more older people than most other regions, and ensuring proper care for those people now and in the future was vital, Dr McLaren said.

"People will have to be a little bit patient about outcomes from this, but as soon as you start looking at things in cancer you go `oh we could do that better' and we have to do it better because the number of patients is increasing all the time.

"We can do better and we have to do better, because it is about to become harder."