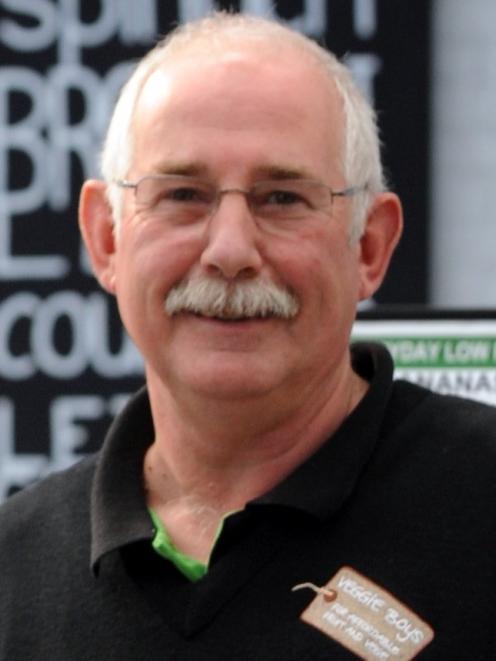 Marty Hay
Allowing Veggie Boys to operate on the Taieri will not set a precedent because it is in a unique situation, the company says.

The shop was located at Wal's Plant and Fun Land among a cluster of other commercial operations, which was the only reason it was viable for the company, co-owner Marty Hay told a hearings committee yesterday.

However, it was also the only such arrangement in Dunedin's rural zone, so it was unlikely other operations would apply to do the same thing, he said. He said Veggie Boys' intention was never to deliberately try to circumvent planning requirements by setting up shop in rural Taieri.

The store is in a rural zone but city planners are concerned that granting consent for its continued operation would encourage other businesses to apply to do the same thing in the rural zone.

Mr Hay said the company wanted to start up a store in Mosgiel but had found nothing suitable. Then, in discussions with the owner of Wal's, its owners realised their operations would complement each other and the site came with car parking and an existing customer base.

They also believed the existing consents for the site covered the sale of produce grown off-site, which was why they started operating there about a year ago.

City planners are opposed to granting retrospective consent because they say the store is essentially a grocery store - the application seeks also to sell limited supplies of meat, condiments and milk and bread - and in a rural zone it will set a precedent encouraging similar businesses to locate in zones other than local activity zones, which may be less expensive or more convenient.

Mr Hay said he would not expect that to happen, as it made no sense.

He would never have set up in a paddock in isolation out of town, and could not imagine other businesses doing that either.

He also disagreed the operation was effectively a grocery store, saying grocery items were not a significant part of the business.

''I've owned grocery stores and there is a difference.''

He said he was not selling any produce grown on-site at the moment because none had been planted because of the uncertainty about the resource consent, but if it was granted, up to 80% of the store's stock could be grown on site.

Wal's Plant Land owner and operator Clive Wallis said the intention was that Wal's would grow produce on site for sale at Veggie Boys.

Veggie Boys had told Wal's that to be viable, it needed a wider range of products, which he said he did not doubt. The business was complementary to what already existed on the site and it seemed unlikely other retail operators would want to set up without that sort of complementary setup, Mr Wallis said.

Opponent Brian Miller said he was concerned that granting the consent would open the door to more commercial retail on the site and that places such as McArthurs, which sells mostly its own produce in its store near Outram, could then say they wanted to sell meat or milk and bread as well.

''I feel this would give them a foot in the door to expand.''

He said he welcomed Veggie Boys in the area but in the right place as provided for in the district plan - in the Mosgiel activity zone, not on the Taieri.

This sort of activity should be done by a plan change, rather than a resource consent.

Acknowledging the application was specifically about the Veggie Boys' operation, opponent Elizabeth Kerr said the committee needed to decide how much weight it would give to what was already happening on the site. Adding another business to that could have more than minor adverse effects on the environment.

It appeared the council might be of a mind, ''after discovering, perhaps, the `runaway' entrepreneurial nature of the `destination' activities clustering off 109 Bush Rd'', to establish Veggies Boys' application was ''a non-complying activity too far in the rural zone'', she said. She sought that that be the case and the council decline the application.

The committee of chairman David Benson-Pope and Crs Andrew Noone and Paul Hudson will make its decision following a site visit.