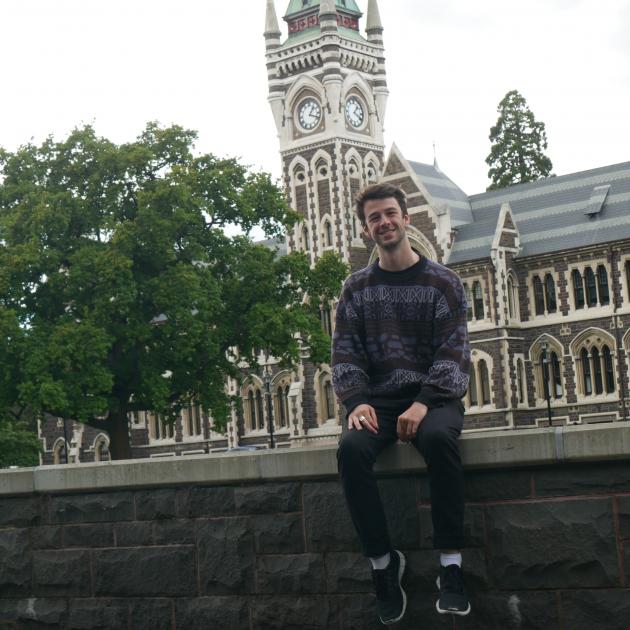 Jack Manning’s time as president will end this month, and he admits it will be a bittersweet moment.

Mr Manning has been part of the association for two years and at the University of Otago for five.

He credited the association, Selwyn College and the clubs and societies he was part of during that time for bringing him out of his shell.

"This place has done a lot for me," he said.

"You would not recognise me if you met me at the beginning of first year."

As a first-year student, he was shy, introverted and apolitical, he said.

Fast-forward a few years and he led a student executive which publicly supported the Cannabis Legalisation and Control Bill and urged students to vote.

While the result of the referendum was disappointing, he hoped to see significant drug law reform changes in the future.

"I think what we did see is a really significant boost in the amount of students taking part in the democratic process."

The Covid-19 pandemic threw a lot of plans into disarray and meant the student executive had to be more reactive, he said.

It was challenging, but he was proud of the level of student voice that was heard during that time.

"Not everything was done perfectly but I think it was a really significant factor in the Covid response that helped us fare a bit better than otherwise."

Throughout the year, Mr Manning tried to keep his two goals at the forefront - making North Dunedin a safer place for students, and empowering the executive.

"Their significance does not diminish because of Covid."

One of the the things he is most proud of is the Sophia Charter, designed to enhance the safety and wellbeing of the student community in North Dunedin.

It was established following the death of student Sophia Crestani, who died at a flat party last year.

Mr Manning said the charter would evolve over time to meet the needs of the student community.

"I don’t know what it will look like in five, 10 years and I think that’s the point."

Mr Manning’s last official outing will be at the graduations on December 19.

It will be particularly special for him as his mother, Deborah Manning, founder of KiwiHarvest, is a guest speaker.

"This year has really been a privilege. I’ll always look back on it fondly."