Br Graeme Donaldson (86) will today mark his milestone with a Mass of Thanksgiving at St Patrick's’s Basilica in South Dunedin, attended by the Catholic Bishop of Dunedin, the Most Rev Michael Dooley.

Looking back on his time in the order yesterday, Br Donaldson laughed as he brought up his own memories.

And he talked with pride about the contribution made by Christian Brothers to Catholic education and generations of children across New Zealand.

‘‘It’s something I am grateful to God for,’’ he said, surrounded by old photographs in his South Dunedin flat yesterday. 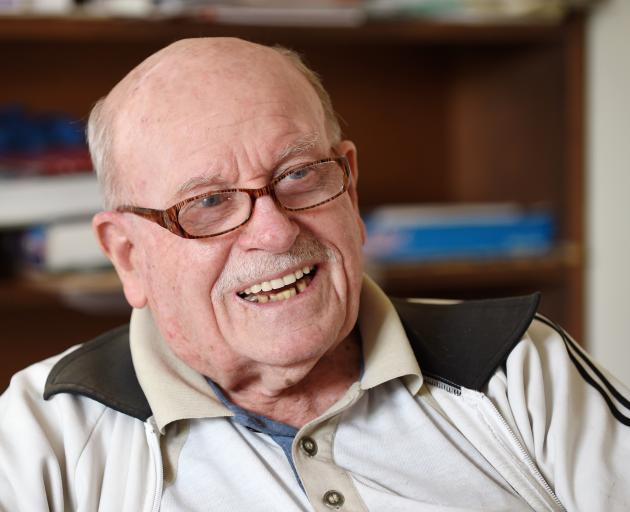 Br Graeme Donaldson, Dunedin’s last Christian Brother, reflects on 70 years in the Catholic religious order in his South Dunedin flat yesterday. Photo: Gerard O'Brien
But his recollections were also tinged with sadness at being one of the last remnants of an old order.

When he joined 70 years ago, there were 1000 Christian Brothers spread across 100 schools in Australia and New Zealand.

There was another disappointment too, he conceded, when asked about more recent revelations of sexual offending by some of those he once called Brother.

He was reluctant to discuss the dark chapter, but accepted some within the order had failed the children they were meant to care for.

‘‘We realise they have done wrong. We are human beings and we just take it on the chin.’’

He had known one of those accused, Br Desmond Fay, but not ‘‘the negative side’’. 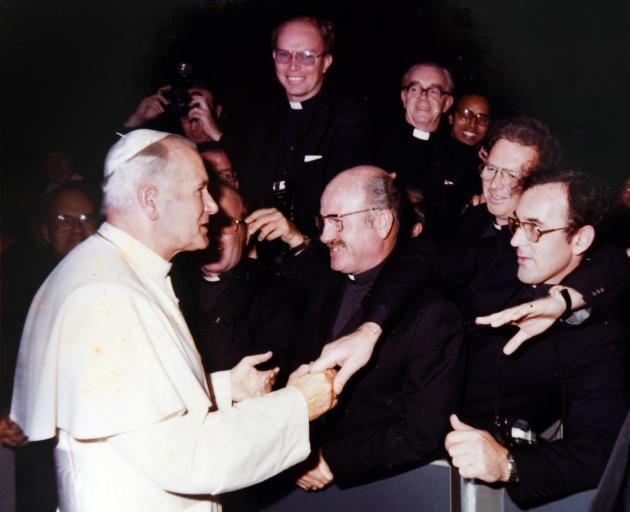 Br Fay, a former principal at the Christian Brothers Junior School in Rattray St, was accused of abusing a boy in the 1970s, beginning when he was just 7 years old, and eventually driving the boy to commit suicide as a young adult.

Br Donaldson said he had no knowledge of such offending at the time, but: ‘‘It was wrong and I’m sorry it took place.

However, he hoped such offending did not overshadow the contribution made by others within the Christian Brothers movement and wider church.

‘‘Adam and Eve let us down. In the first 12 apostles there was a traitor. That’s human nature.

‘‘I think of all the good priests, brothers and sisters , and it’s quite encouraging.’’

Br Donaldson joined the order as a 16-year-old, to follow the example set by the Brothers who ran St Kevin’s College in Oamaru, where he was a boarding student.

He travelled to Australia by ship and entered the St Enda's juniorate in Sydney, where four years’ religious and teacher education was followed by teaching posts in Sydney, New South Wales and Queensland.

He moved back to Auckland in 1960 and returned to St Kevin’s — this time as a teacher — in 1966, before stints teaching in Christchurch, Dunedin and Auckland.

A six-month ‘‘sabbatical’’ in Rome, beginning in 1982, saw him shaking hands with Pope John Paul II, before he returned to New Zealand and became a prison chaplain in Dunedin.

He ‘‘retired’’ in 2008, but the following year was back working at the St Vincent de Paul shop in South Dunedin, something he continues, once a week, to this day.

Br Donaldson said he had hoped to be a ‘‘father figure’’ to the children he taught, helped by a love of sport — as a player, coach and supporter — which he also tried to pass on to those in his care.

He was proud of other initiatives too, such as the Christian Brothers’ efforts to fund Edmund Rice school camps in Dunedin, now run by Kavanagh College teachers.

The camps took their name from the founder of the Christian Brothers movement.

Br Donaldson said the decline of the order was sad, but the Brothers’ contribution should not be overshadowed and the broader church would remain.