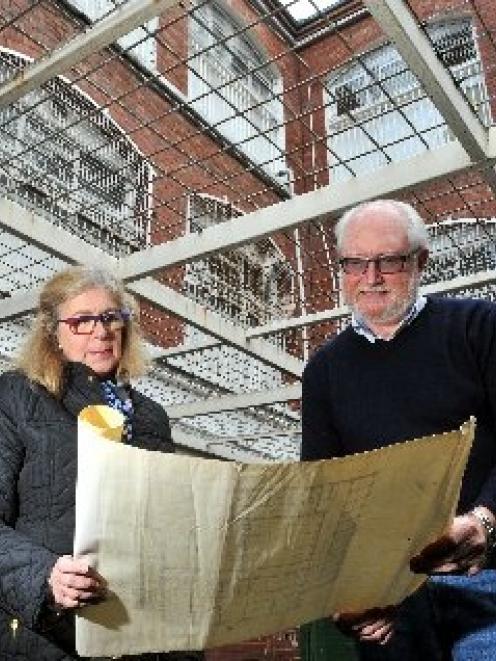 Sydney-based heritage consultants Margaret and Chris Betteridge spent 18 months on the plan, which they said yesterday strengthens the case for the trust's plan to create a heritage prison experience.

Completed two months ago, the conservation plan will be presented and explained to trust members by the couple at a meeting today.

Mr Betteridge said researching the plan had not revealed anything unexpected, but reinforced the value a prison tour experience could add to Dunedin tourism, and the historic value of the building.

In Australia, many prisons had become leading tourism attractions. New Zealand did not have such attractions.

Former prisons in New Zealand had been converted for other uses, and some played on the prison past for fun, but what was envisioned for the Dunedin Prison was very different.

As a tourism experience, it would benefit from its proximity to Toitu Otago Settlers Museum, and the Dunedin Railway Station.

The museum also held former items from the prison, which was decommissioned in 2007.

Mr Harvey said a 2012 feasibility study needed to be updated, but he did not expect much to change from its estimate of $2.6 million for a stage one refurbishment.

The trust would need to raise money from community organisation grants and the public.

Trust members felt optimistic about the challenge ahead. Once it was up and running, the attraction would be self-sufficient, and would not look to ratepayers for funding.

It would be multipurpose, and would hopefully house businesses as tenants, Mr Harvey said.

Mr Harvey also appeared at the Dunedin City Council's annual plan hearings this week to update councillors on the project, and tell them he believed the prison should be at the top of any list of iconic buildings that would need significant financial support if the council established an iconic building project fund.

Such a fund has been suggested for inclusion in the council's next long-term plan.