Project to liven up underused spaces 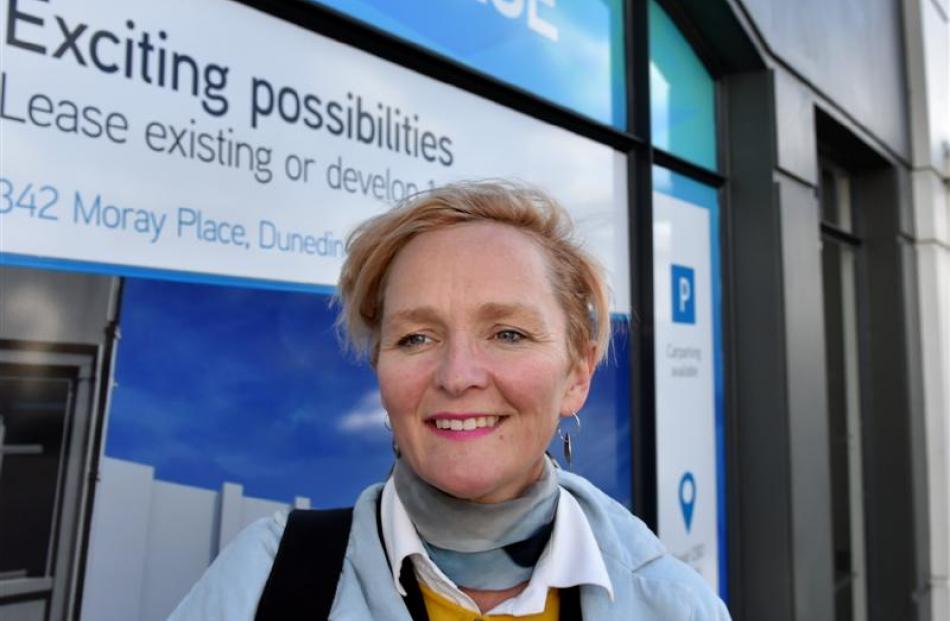 Letting Space director Sophie Jerram, of Wellington, is in Dunedin helping set up a project to get artists to develop projects in empty retail spaces. Photo by Peter McIntosh

Art, music or literature should be on offer soon in empty retail spaces in Dunedin, with a Wellington not-for-profit organisation introducing its project for rejuvenating underused CBD sites to the city.

Urban Dream Brokerage, run by public art organisation Letting Space, is in Dunedin this week interviewing candidates for a job as a ''broker'', communicating with both building owners and artists to put the project into action.

City councillor Aaron Hawkins said the council had allocated $50,000 of funding for a Dunedin franchise of the group as part of the arts and culture package that came out of this year's long-term plan hearings.

''We're just providing the financial support to get that off the ground.''

Letting Space director Sophie Jerram said the group worked in Wellington with property managers, individuals and community groups to broker the temporary use of vacant space for projects.

The idea was to use public art ''as a way to regenerate and rejuvenate communities and urban spaces''.

Ms Jerram said an example in Wellington was a project in which designer-artists turned an old bank site into a ''mood bank'' for three weeks.

''Instead of depositing money, you deposited your mood of the day, filled out a little slip, then you had your mood rubber-stamped, deposited and acknowledged.

''That was extraordinarily popular.''

The reason the council in Wellington backed it was because it wanted to see a vibrant inner city, Ms Jerram said.

''They could see there was an excess of ideas, and an excess of empty space, so we should bring those things together, and together the city becomes a slightly more interesting space.''

Ms Jerram said she had spoken to the Dunedin council's arts team last year about the idea.

The Dunedin project would not be a satellite of Wellington, but an independent project.

Dunedin artists already collaborated to use space, the idea was not new to the city, and Ms Jerram said she hoped to see music and literature represented in the Dunedin version.

On property owners who got involved, she said the best relationships were with those who ''understand the wider context of the city, and see themselves as contributors to the CBD''.