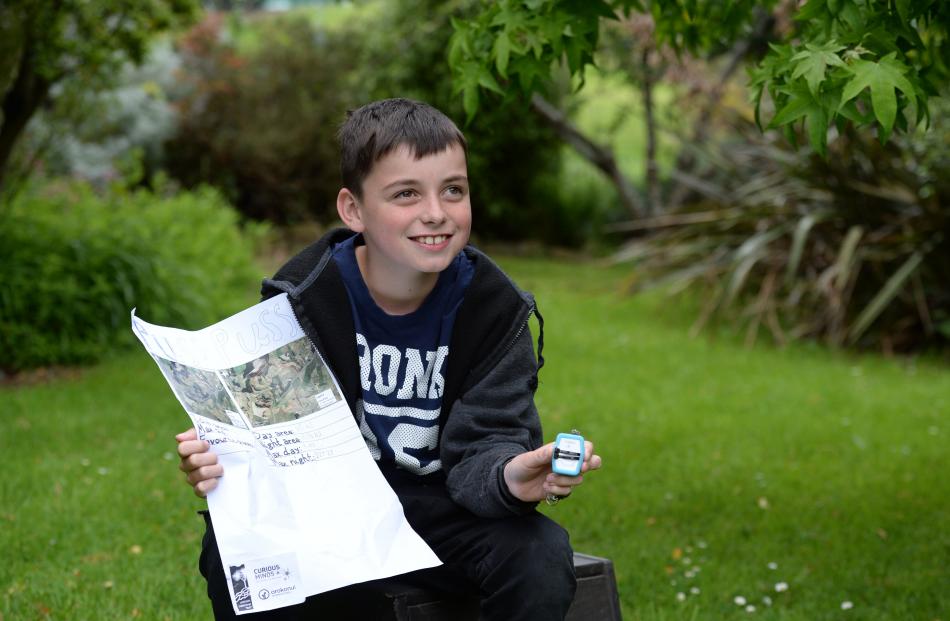 Waitati School pupil Max Port holds a GPS tracking collar and a poster showing the 200ha radius in which his cat, Puss Puss, roamed around his Karitane house. Photos by Linda Robertson. 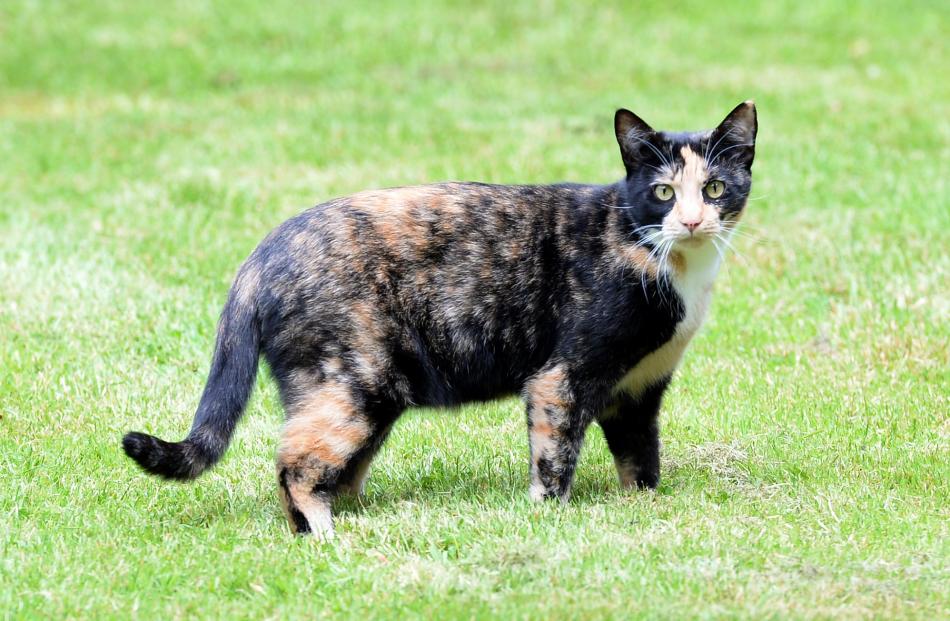 Puss Puss heads for the hills.

The mystery of where cats go when they are not snuggled at home has been answered for 12 Dunedin primary school cat owners.

The pupils, from Port Chalmers, Purakaunui, Waitati and Karitane schools, worked with the Landscape Connections Trust to fit collars with 20g GPS trackers and 32g video cameras to their moggies to monitor how far the cats roamed from their homes and how they reacted to traps in their backyard.

The cats were monitored with the collars for five days, once a month, from August to October.

He was ''really, really'' surprised to discover his 18-month-old cat roamed so far from home because he lived beside State Highway 1.

The camera fitted to Puss Puss' collar not only revealed she frequently crossed the busy highway, but walked on the barrier lines on the road.

The cat with the second-biggest range roamed about 60ha, he said.

Orokonui Ecosanctuary educator Clare Cross said the project aimed to educate children about being responsible cat owners
and assess how cats in areas beyond the ecosanctuary responded to traps, including Timms traps and Department of Conservation 200 box traps.

''We are doing it in this area because we are trying to make sure that if cats are out in the area near the ecosanctuary they are going to be safe around traps, and birds or lizards who are leaving the ecosanctuary are OK, too.''

Footage captured via the collars and from cameras on baited, but not set, traps in the cats' backyards revealed cats often stayed away from the objects, she said.

Such a finding was important because it could be used to educate people that if best trapping practices were used, they posed a minor threat to domestic cats.

Trust project manager Rhys Millar said findings from the project would form the content of a paper which would be shared with Dunedin schools and the public to raise awareness about responsible cat ownership practices.

Putting bells on collars and keeping cats inside at night were basic steps people could take, he said.