The former chief cook for the 4th Otago Southland Battalion stood shoulder to shoulder with his 13-year-old great-grandson Dartanyon Richards, keeping a promise to the boy after Covid-19 dashed their Anzac Day plans earlier this year.

As traffic buzzed past the cenotaph in Dunedin’s city centre yesterday, the British Empire Medal recipient said he hoped more would have stopped to observe a moment’s silence. 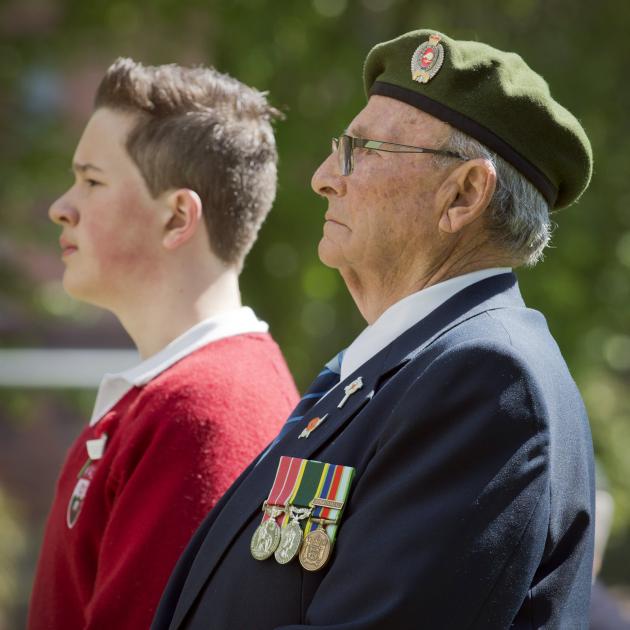 The day should be front of mind at schools, businesses and throughout the city, he said.

He feared his great-grandson’s generation could lose touch with the sacrifice made more than a century ago.

A reverent crowd of about 200 stood in Queens Gardens as a 25-pounder field gun fired twice at 11am to mark the start of two minutes’ silence. 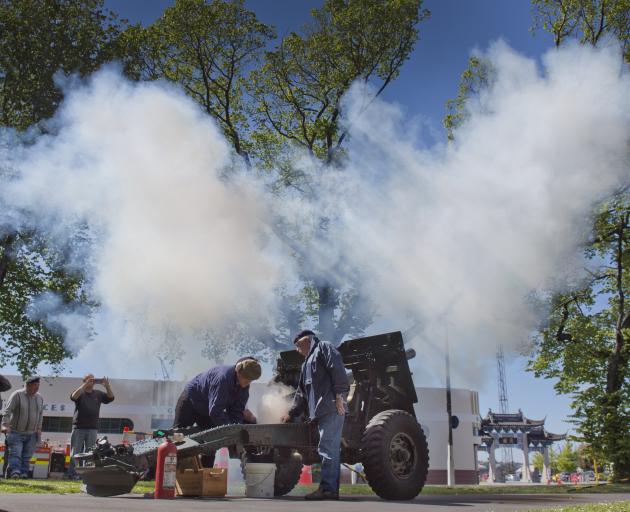 Smoke from a QF 25-pounder field gun obscures the elms at Queens Gardens after the howitzer was fired to commemorate Armistice Day in Dunedin yesterday morning. PHOTO: GERARD O’BRIEN

As the smoke cleared, Padre Aaron Knotts began the service to mark the end of fighting in World War 1 and the signing of the armistice between Germany and the Allies on November 11, 1918. 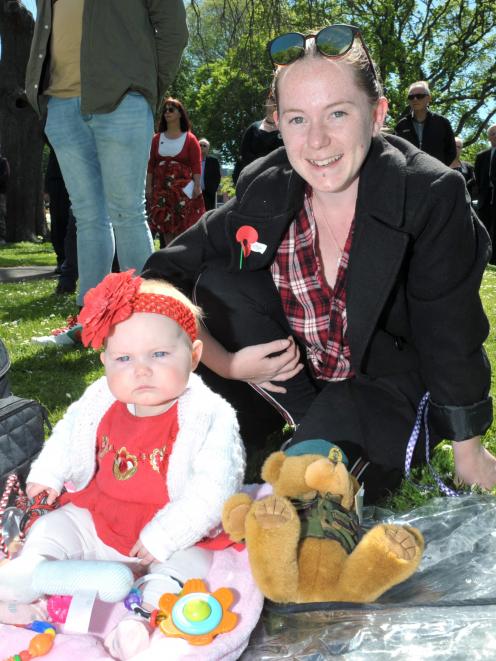 Retired New Zealand Army colonel Roger McElwain said ceremonies such as yesterday’s should serve to remind people today of the horrors and tragedy of war, and that the human cost of conflict was to be avoided at all cost.

"It is appropriate to say here, ‘Lest we forget’," he said.

Several dignitaries laid wreaths at the base of the cenotaph.

Bugler Ralph Miller played the Last Post and the service ended with the singing of the New Zealand national anthem.