Protected tree at the root of property dilemma 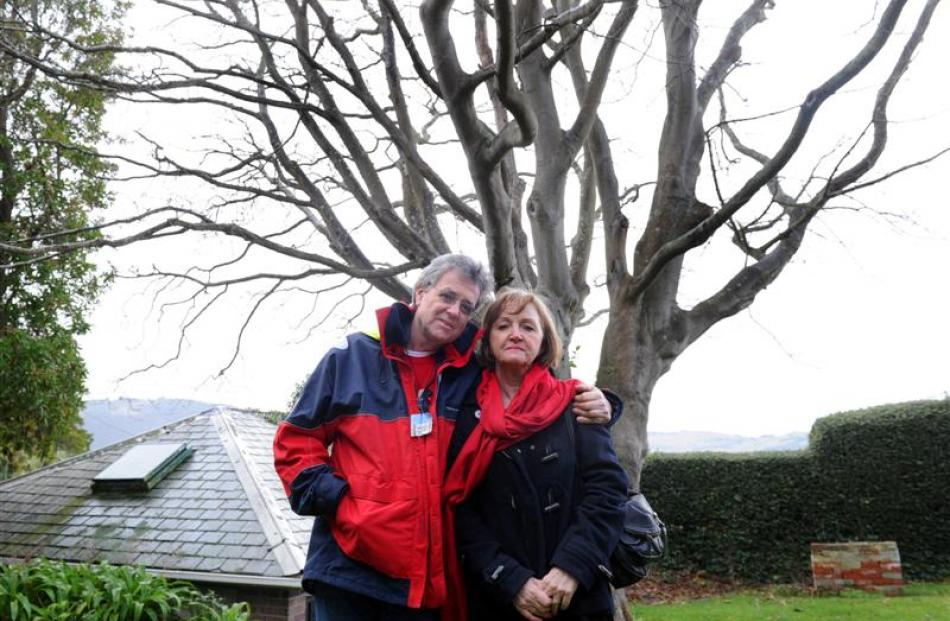 John and Eve Jackson in front of the protected tree they want to remove from their Heriot Row property. 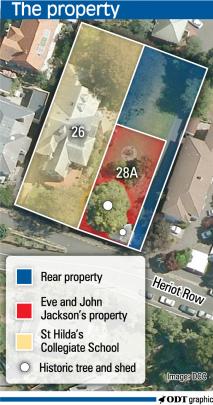 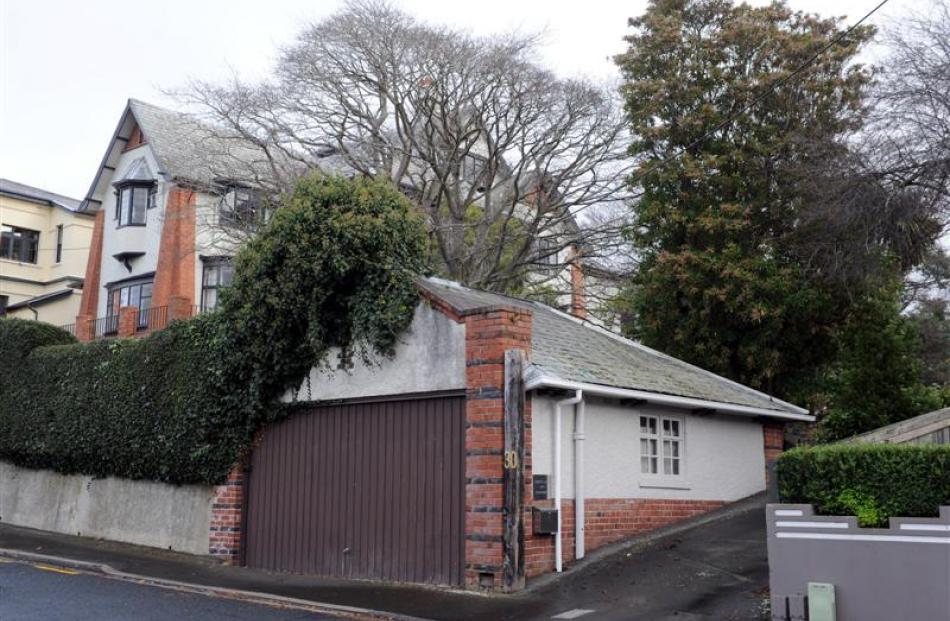 The historic garage on the property. Photos by Craig Baxter.

A couple who spent $400,000 restoring a category one historic inner-city home have found themselves left with part of the property landlocked by a lack of access.

The couple say they are blocked by a covenant and Dunedin City Council rules from developing or selling the land.

Now, they want to fell a protected tree on what was part of the garden, a subdivided section they say St Hilda's did not want.

Removing the tree would create a building area for a prospective buyer where it did not affect surrounding houses.

Despite a ''long-standing attachment'' to the site, they have attracted opposition from neighbours and other opponents who made submissions at a resource consent hearing yesterday.

It is listed as significant on the council's schedule of trees, which means it cannot be removed without resource consent.

Recent public notification of the consent application attracted 11 submissions, 10 of them opposing the tree's removal.

Council staff have also recommended the hearings committee considering the application reject it, because the tree is healthy and a prominent feature of the area.

Both were in a ''very rundown condition''.

The house was restored inside and out, and sold to St Hilda's in 2013.

The committee heard the school was the only buyer found for the $1.5 million home, but it did not want 28A.

The couple planned to auction the property, but neighbours told them they had taken steps to register the garage on the property as a historic place, and the auction was cancelled.

A covenant meant any building on the rear boundary could be no higher then 3m, and heritage precinct rules required buildings to have pitched roofs.

For those reasons, the couple wanted to allow building at the front of the property, but the tree was in the way.

Mrs Jackson said the couple did not want to build, but to sell the land and realise its market value.

They had been forced into a situation where they had to pay gardening bills and rates for an empty property valued at $250,000.

At the hearing, council planner Sophie Lord said she maintained her view the consent should be declined.

In a submission, Peter Robb said the maple was rare at the time it was planted, and while he understood the Jacksons' problem, he wanted the tree to be saved.

Dunedin heritage advocate Ann Barsby said in her submission the work of Basil Hooper was ''a national treasure''.

''The garden gives the space for the house to be seen in its full glory,'' she said.

Mrs Jackson said she supported ''completely'' Mrs Barsby's right to oppose the consent. But the couple did not want to bear the cost of owning the garden ''for the enjoyment of others at our expense''.

Cr Benson-Pope said the committee would visit the site and get information on the tree's lifespan before its decision.