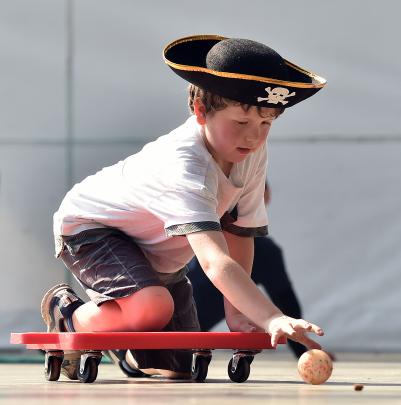 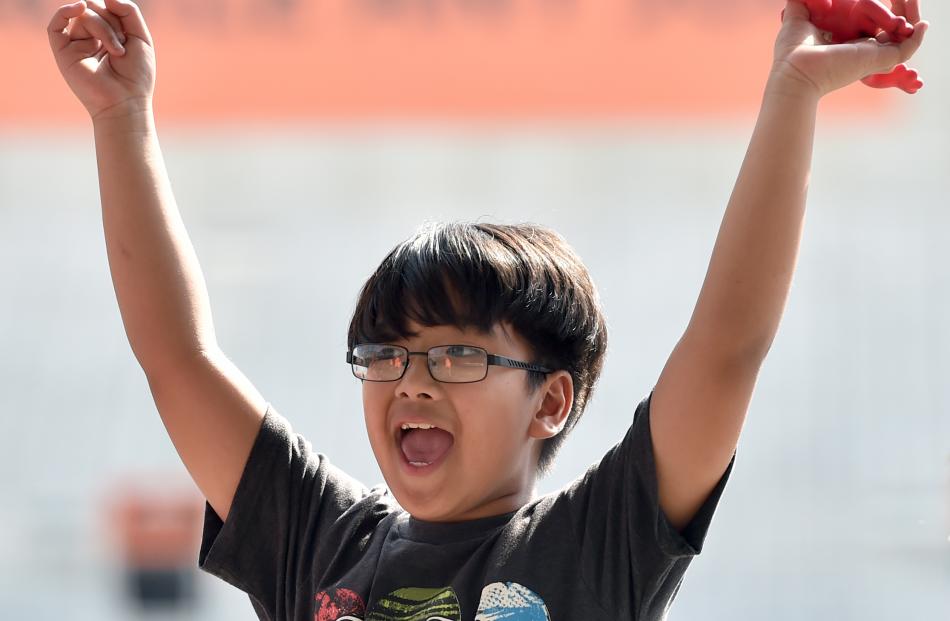 Luiz Lazaro (8), of North East Valley School, triumphantly holds aloft a rubber frog he used to ‘‘burst a bubble’’ by throwing the frog into one of several rubber hoops. 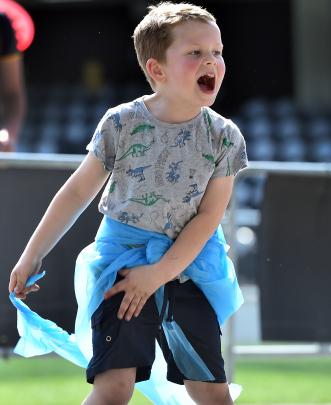 Daniel Hill (6), of North East Valley School, shouts his joy at having done well in a tagging game.

Local primary school pupils have been enjoying a chance to try different sport and games skills.

Almost 500 5 to 8-year-olds from about a dozen schools around Dunedin had  fun  at Forsyth Barr Stadium yesterday playing games designed to improve their physical skills.

"We wouldn’t be able to run it without the Kaikorai pupils," organiser Kerri Maclennan said.

The secondary pupils helped and encouraged the young participants through the various activities and as they moved from one game or activity to another.

They were the skills children needed to participate successfully in all types of games, physical activity and sports, and could be broken down into three categories, stability, locomotor and manipulative.

By developing their fundamental movement skills, children established a sound base for sport skills such as throwing, catching, hopping, jumping, running and kicking.

Each group of children played a game or activity for six minutes before a loud blast on a horn signalled them to move to the next one.