Pupils get all Shakespearean

Ten schools participated in the annual Otago regional event held at King's and Queen's Performing Arts Centre, all hoping to make it to the national competition in Wellington at Queen's Birthday weekend.

More than 120 secondary school pupils spent the day acting out various scenes from Shakespeare's plays, while three finalists in each category performed in an evening showcase. 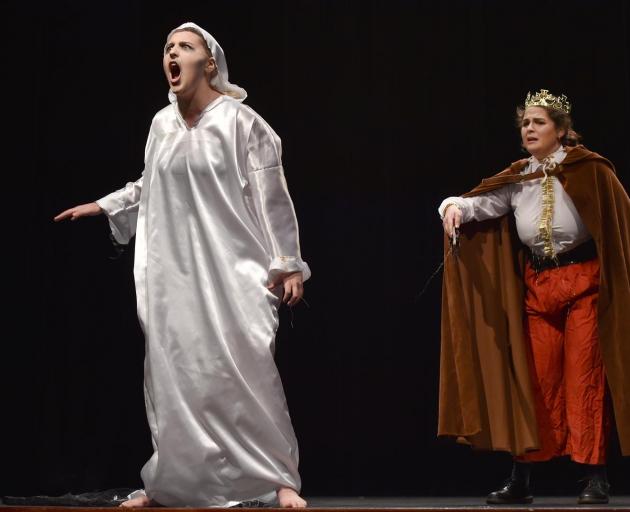 Wakatipu High School pupils Gracie Hansby (17) as the Ghost of King Hamlet and Annie Black (17) as Hamlet perform at the regional Otago Shakespeare Festival in Dunedin. Photo: Peter McIntosh
''The schools have been working really hard since the start of the year ... there are lots of really fresh interpretations of Shakespeare's words.''

Pupils from Wakatipu High School directed both of their entries.

Their five-minute entry, directed by Annie Black, was based on the tragedy Hamlet.

Annie said they had fun performing in front of the other pupils.

''It went a lot faster than I thought it would.''