The owner of the Saddle Hill quarry is vowing to continue the fight — and the digging — despite an Environment Court declaration the hill cannot be completely removed. 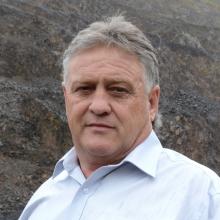 Saddle Views Estate Ltd director and quarry owner Calvin Fisher told the Otago Daily Times he was not surprised by the court’s stance, and  was already planning a High Court appeal.

In the meantime, the company would continue to "quarry responsibly" while complying with an earlier interim ruling from the Environment Court, which limited the extent of the digging, he said.

"We’re continuing to supply rock to our customers. That’s what we bought it for — to be a quarry," he said.

The latest twist in the long-running battle over the quarry came late last week, when the Environment Court’s ruling on the quarry’s consent rights was released following a hearing last year.

The decision found consent had been granted in 1960 to start quarrying Jaffray Hill to supply about 50,000 cubic yards of rock for the construction of Dunedin Airport, but also that the consent was no longer in force.

Mr Fisher, contacted on Friday, said "of course it was". 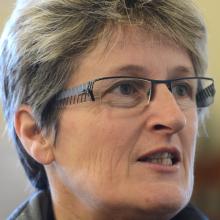 "To suggest in our opinion that it’s a dead consent is just stretching it beyond common sense, when the quarry has continued to quarry for 56 years since," he said.

The court’s ruling was "totally predictable", and "almost like a third-dimensional outcome", he said.

"We saw exactly where this was going ...

"If we can’t resolve the matter with the council, and I don’t know if that’s going to occur either, then we’ll truly be going to the High Court," Mr Fisher said.

That, in turn, meant it could not expand beyond the existing quarried area, protecting the hill’s distinctive saddle-shaped outline.

She welcomed the additional "clarity" provided by the court’s ruling.

"Through this entire process, we have simply sought a determination on the conditions that limit quarrying activity on the hill.

"We have had two judgements now that the hill cannot be quarried to the ground, and in fact that no consent now exists for unlimited quarrying, which has always been our position," she said.

The latest hearing came after the council sought a court ruling on the extent of Saddle Views Estate Limited’s right to quarry the hill, in an effort to determine the hill’s value should it be sold.

The company had argued the hill was worth millions of dollars, based on the existence of a consent with very few restrictions.

After the Environment Court ruled in 2013 there never had been a consent, the decision was overturned the following year by the High Court, which instructed the parties to try to agree on consent conditions.

That failed, prompting the council to ask the Environment Court last year to establish the terms of the 1960 consent, Dr Bidrose said.

The decision, released on Thursday, concluded the consent was still not in force, and any future quarrying would be based on existing use rights, she said.

"This ruling means that the hill is protected without costing the ratepayer millions of dollars," she said.

Mr Fisher said his company would have a "very strong" case to argue in the High Court, and quarrying would continue while the proceedings did.

"We genuinely believe we have two fronts to continue quarrying ... consent, or existing use rights.

"We believe this quarry has both."

- By Chris Morris and Vaughan Elder