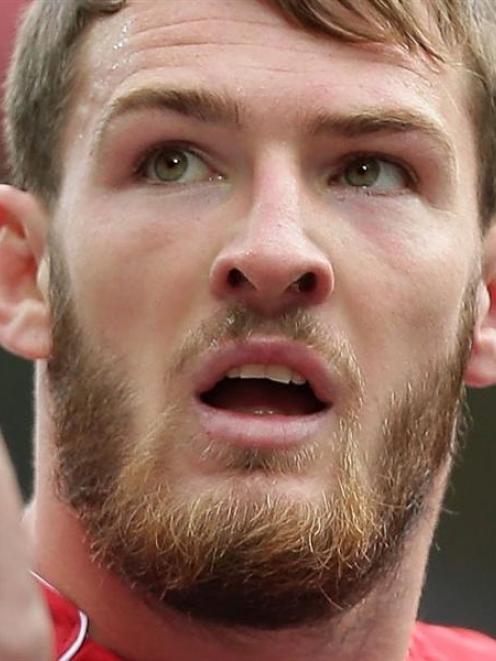 Daryl Clark.
The English rugby league team has been red-carded by Otago Racing's boss after some Southern hospitality was thrown back in his face.

According to the UK's Daily Star the English team had to ''endure'' the presence of drunken Dunedin students at the Melbourne Cup Day at Wingatui on Tuesday.

However, Otago Racing Club chief executive Andre Klein said the English players were given tickets to the event and put up in a corporate marquee, where they spent the afternoon having a good time.

The British newspaper quoted hooker Daryl Clark, who has been named on the bench for tonight's test against the Kiwis at Forsyth Barr Stadium in Dunedin, as saying English players were greeted by ''some special sights'' when they visited Wingatui Racecourse.

''I have never seen as many drunk people in my life,'' Clark said.

''It's a student town and they are coming to the end of their exams and it was a big day for them.

''They started drinking at 7am so you can imagine what it was like when we got there at 3pm.

''We were all sober so it was a bit of an eye-opener. We didn't stay too long when we realised what it was like.''

While the players were not seen drinking, they were having a good time, Mr Klein said.

''They arrived at three [pm] and left after the Melbourne Cup, which started at five,'' he said.

He took the criticism personally, saying behaviour this year was ''a lot, lot better''.

''We had very few reported incidents and people were still having a good time,'' he said.

However, a university spokeswoman said many people who appeared intoxicated were not students.

Police said earlier this week that although intoxication levels were troubling at Wingatui, behaviour was good with only three arrests made.

''It's not a pleasant sight to see some of the girls in the states they get in,'' Clutha-Taieri area response manager Senior Sergeant Alastair Dickie said.

''It's something we need to look at a wee bit closer, because really strictly speaking they shouldn't be getting into the complex in that state.''

The test between England and the Kiwis kicks off at 8pm.