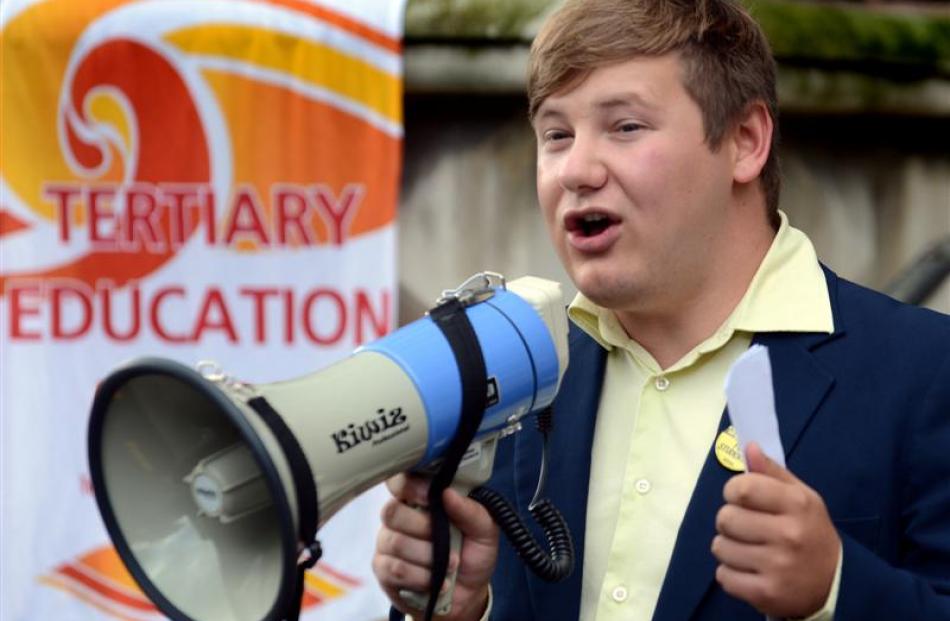 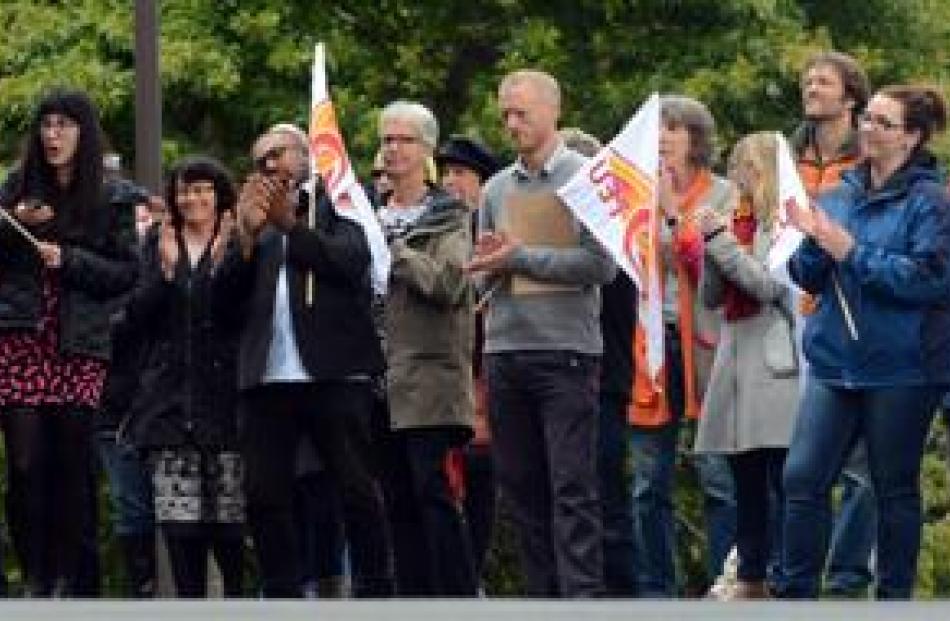 Protesters at the University of Otago Clocktower Building yesterday.

Dozens rallied on the steps of the Clocktower Building yesterday pushing for student and staff representation on university councils.

Under the Education Amendment Act, which came into force last month, the size of university councils is decreased from 12 to 20 members to eight to 12 members and mandatory staff, student and union membership of councils is removed.

Dr Grey said the protest marked the launch of a national campaign to ensure staff and student representation on student councils was enshrined in a constitution.

Under the Act, tertiary education providers have to write new governing constitutions which detail council membership and representation.

Dr Grey said the union was pushing for one-third of all councils to be student and staff representatives.

Mr McCourt said students and staff were needed to ensure the universities were ''asking the big questions that universities exist to ask''.

''The importance of this cannot be overstated in the context of a ministerial power-grab.''

The Education (Restoration of Democracy to University Councils) Amendment Bill seeks to restore student and staff participation in university councils.

Otago University Students' Association president Paul Hunt said the association could not join the rally as it was busy organising the Hyde St Keg Party.