Ratepayers get chance to have say 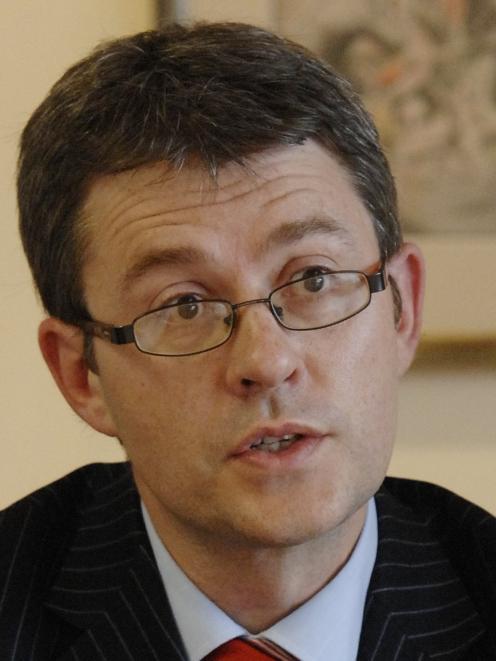 Paul Orders
With debate across Dunedin at fever pitch on rugby meltdowns, debt, the stadium and rates, the public will soon be able to join the cacophony, as the Dunedin City Council's annual plan consultation begins.

The recent blaze of publicity the council has faced with the Otago Rugby Football Union bail-out is bound to boost the number of irate ratepayers itching to tell the council just what they think.

The draft plan was signed off on Wednesday not long before midnight, following the drama of the bail-out debate.

While the draft plan issue got a little lost amid all the controversy, councillors found time to vote to approve the draft plan, after a short debate.

Once approval was forthcoming, a 33-page colour document including a summary of the council's financial position, the major issues it faced, and a host of other matters, was taken directly to the printers.

The summaries, along with the council's latest City Talk magazine, would arrive in mailboxes across the city soon, communications co-ordinator Rodney Bryant said. The documents were also expected to be available on the council website from today.

At Wednesday's meeting, finance and resources general manager Athol Stephens said there had been plenty of correspondence between the council and Audit New Zealand on the document.

"There have been minor changes - bits added to it - nothing ever gets taken out," he said.

Audit NZ had raised concerns about the document's treatment of issues including rates, debt, the Forsyth Barr Stadium and the council's plan to insure itself.

Chief executive Paul Orders said the concerns related to Audit NZ making sure the information provided was the best it could be, for clear public assessment.

Cr Lee Vandervis said the document needed more information on stadium finances, and issues such as the capitalisation of interest.

He voted against approving the plan for consultation, but appeared to be the only councillor to do so.

The summary includes a submission form calling for feedback on items included, and any not included in the long-term plan.

It also asks whether ratepayers want to reduce the 40-year term of stadium loan repayment to 23.5 years or 20 years, at a cost a year for the average residential property of $13 or $26 respectively.

An introduction from Mayor Dave Cull and Mr Orders said achieving an affordable budget was "a challenge", but staff and elected members were taking a positive approach.

Because of spending on the Tahuna sewerage upgrade, redevelopments of the Dunedin Centre, town hall, and Otago Settlers Museum, and construction of the Forsyth Barr Stadium, the level of debt was described as "unpalatable".

Councillors had given a clear direction that operating costs needed to be reviewed, and Mr Orders would carry out reviews covering all of the council's activities, with a view to saving money.

It was the first budget since the council learned of Dunedin City Holdings Ltd's shortfall in funding, and councillors and staff had "worked hard to meet these challenges".

"Now, we encourage residents to have their say," Mr Orders' and Mr Cull's explanation said.

The consultation period ends on April 17, and will be followed by hearings in early May.