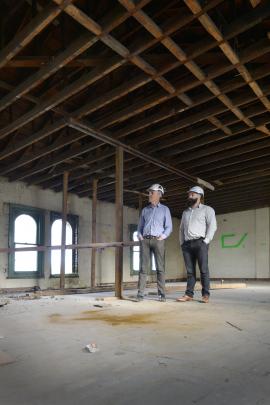 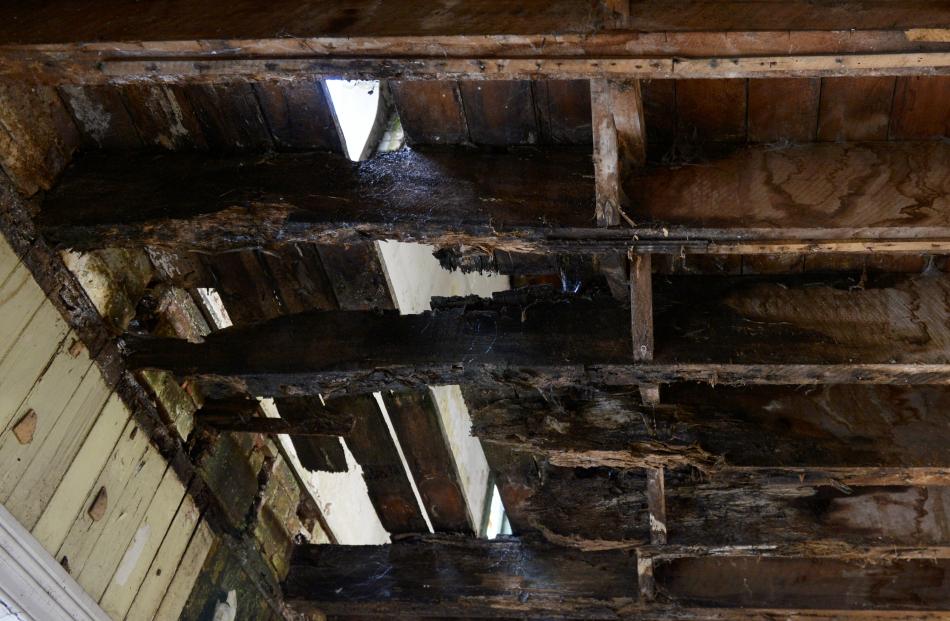 Water-damaged floor joists typical of the rotted out interior of the building, much of which has now been replaced; 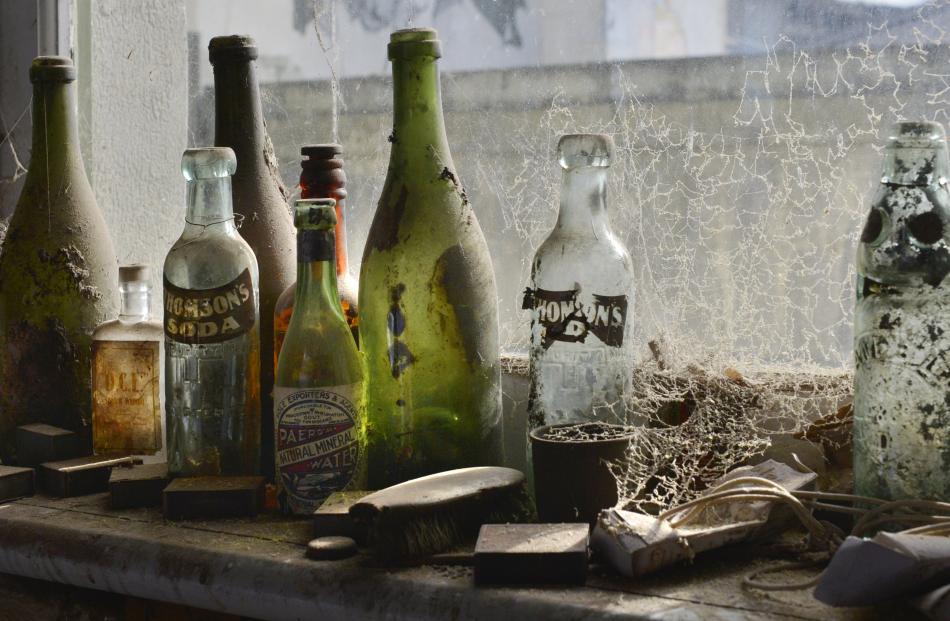 Old bottles were among the treasures uncovered in the wall and floor cavities of the building.

A more than $1.2 million project to revitalise a crumbling warehouse precinct building is among seven Dunedin heritage projects being supported with rates relief.

Dunedin City Council heritage policy planner Glen Hazelton said the former Union Steam Ship Co store at 135 Cumberland St was in such a bad state he feared it would not last another winter exposed to the elements.

However, environmental engineer Dave Hanan had taken on the project.

The building, which had rotting floorboards, a leaky roof and foliage growing inside, was in a worse state than any other that had been saved.

Mr Hanan was so worried about the building's state he feared it could collapse on to State Highway 1.

``There has been a couple that have been worse, but they didn't survive,'' Mr Hazelton said.

The project is one of seven that will benefit from a total $53,339.13 worth of rates relief, approved by councillors at a meeting last week.

Mr Hanan hopes to finish rebuilding it in the next six months.

The work had a total estimated value of more than $4 million and also included the revitalisation of the former John Colours building on Crawford St, on which owner Lawrie Forbes plans to spend more than $1.2 million.

Once completed, the building would have apartments across the bottom three levels and a commercial space on the top level.

Work on the building started last Christmas, and since then much of the floorboards which were rotting had been replaced and power was about to be reconnected.

Mr Hanan thanked Stephen MacKnight for giving him the confidence to take on what was a daunting project.

``He owns the building next door to me and he encouraged me to buy this hellhole.

``If it wasn't for him and his positive encouragement, along with Glenn, that it can be done and it can be saved I probably wouldn't have got into it.''

The rates relief and support he received from the council's heritage fund was also a ``massive help''.

``Contributions like this provide the seed funding to get this and other projects kicked off.''

Mr Hazelton said the work going on at 135 Cumberland St and the six other buildings supported with rates relief came as the revitalisation of Dunedin's heritage buildings continued to gain momentum.

He was confident there was enough momentum that the work would continue once he left the council for Perth next month.

``That's partly why the timing for me [to leave] was right.''

There had been a major change since the aftermath of the Christchurch earthquake, when he felt Dunedin's stock of heritage buildings was at a crossroads.

``That could have been the future for the city, just demolishing them and getting more car parks.''

Now there was a realisation earthquake-strengthening buildings was a ``relatively straight-forward process'' and cheaper than demolishing and building something new.

``Definitely the stuff I will miss the most is working with building owners and seeing their projects come to fruition.''