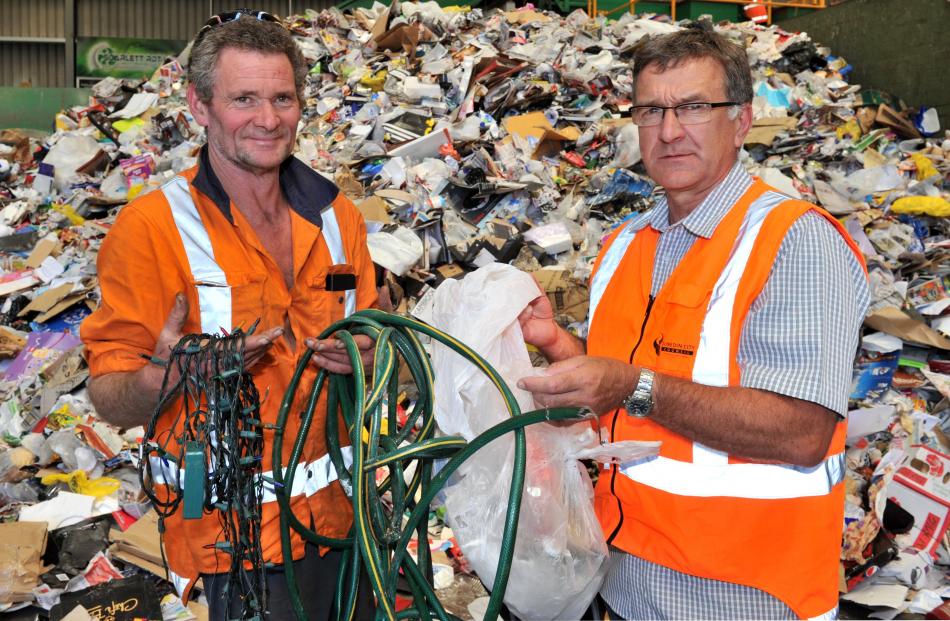 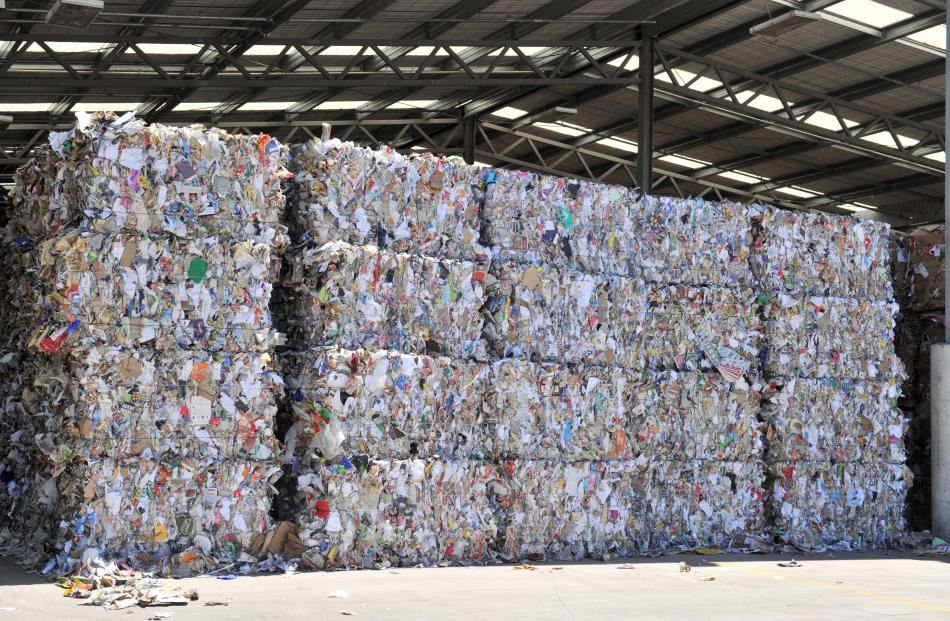 Bales of recycled plastic and paper ready for export at the Green Island recycling plant.

Staff at the ratepayer-funded facility said they have been inundated with extra recycling as holidaymakers returned home and began clearing out Christmas packaging and other unwanted items.

Fullcircle Recycling contractor Stephen Jones, who runs the Dunedin City Council facility, said the biggest problem over the holiday season had been the steady stream of plastic bags arriving amid the recyclables.

The bags were not recyclable and threatened to clog the plant's machinery, so had to be plucked out by hand, where possible, he said.

While that was a menace to the plant's productivity, workers were also collecting used syringes, dirty nappies and dead rats and mice from the conveyer belt, he said.

On the plus side, there had been ''not that many'' dead cats in the past year, and no repeat of the severed pig's head found two years ago.

The most questionable find in the past six months had been a discarded blow-up doll - punctured, not inflated, Mr Jones said.

Council solid waste manager Ian Featherston said most members of the public treated the recycling system with respect, but those who ''abused'' the system risked forcing higher charges on everyone.

''If too much rubbish gets dumped in it, then the cost of the service will end up going up,'' he said.

He urged people to remember everything they discarded also had to be sorted by hand at the other end of the recycling chain.

That included plastic bags full of rubbish, or discarded syringes, which could be hidden amid the cardboard, he said.

''If they don't see it ... that's where the risk is of someone getting injured,'' Mr Featherston said.

One worker had endured a long wait for blood test results after being jabbed in 2012, but there had been no repeat since then after safety gloves were improved, he said.

''But the needles are still coming through,'' he said.

In the past year, 9460 tonnes of recyclable material had been collected, and 8733 tonnes sold, Mr Featherston said.

The difference was the 727 tonnes of ''contamination'' - non-recyclable rubbish - coming through with the city's wheelie bins, he said.

''The contamination proportion has gone up [in the last year]. If this keeps happening and people keep on putting the wrong materials in the bin, then the costs of providing the service will rise,'' he said.

''What can go in the bins is listed on the underside of the lid. If the sticker is not readable, there is a copy on our website.''

The Otago Daily Times visited the plant recently and saw staff pulling camping chairs and garden hoses from the pile of raw recycling yet to be sorted.

Mr Jones said hoses were a particular problem, as they contained nylon that was not recyclable.

A rubbish skip underneath the sorting line was also overflowing with a small mountain of plastic shopping bags, which Mr Featherston said had come from just half a day's processing at the plant.

He also urged people to keep the lids on their plastic bottles and not squash them, as such actions made the mechanical sorting process less effective.