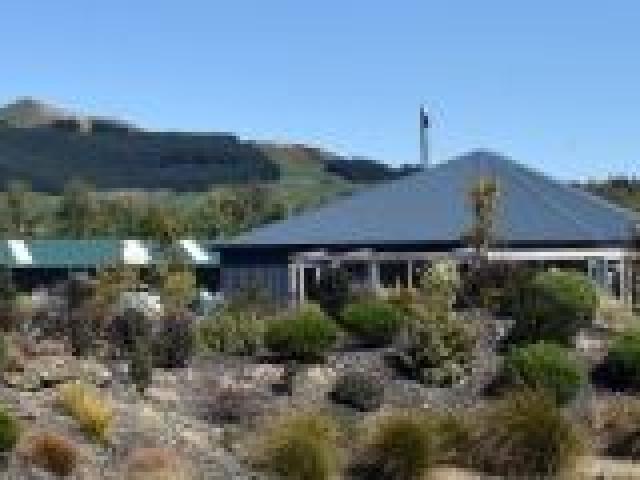 Topiary Cafe, at Wal's Plant Land in Mosgiel has been turned down for a wastewater connection. Photo by Peter McIntosh.
Wal's Plant Land might be a Mosgiel success story, but there is no room for its growth in the area's over-stretched wastewater network, the Dunedin City Council has decided.

The move was opposed by council staff, who warned allowing the out-of-zone connection would place more pressure on a network that was already struggling to cope.

The results were already evident when it rained, sending wastewater bubbling up into the street in problem areas like Tyne St and Kura Pl, a report by council water and waste group manager Dr Laura McElhone said.

As a result, councillors at last week's infrastructure services committee voted 10-4 against allowing the connection, meaning the company would have to upgrade its on-site disposal system instead.

The company wanted to connect to the network to accommodate rising volumes of wastewater coming from the increasingly popular business, which had steadily expanded since 2007.

The existing on-site system was itself close to capacity, and Mr Timbs said a connection to the city's network ''is the stronger option'' financially.

But, confronted with a series of pointed questions from councillors, Mr Timbs struggled to say why the business should be treated as an exception to district plan rules.

It was not in an area zoned to receive wastewater services, and had originally said it would rely on on-site disposal, the meeting heard.

Mr Timbs said the city's network could accommodate the cafe's waste, if fed in at low flow rates or early morning.

Dr McElhone said there was some spare capacity in the network, but only during dry periods, and controlling flows to match those times would be technically challenging.

The network reached capacity ''multiple times a year'' when it rained, allowing stormwater into the wastewater system and forcing contaminated material out in problems areas like Tyne St, she said.

That had resulted in 28 complaints to the council over the last 10 years, she said.

The council was working to improve the network over the next two years, but she cautioned against expecting a quick fix.

Any improved capacity should also be used by those inside existing zones, with the right and capacity for further development, she said.

Allowing out-of-zone connections ''just brings forward the date where we have to create yet more capacity'', she said.

Cr David Benson-Pope said the company's request was ''one of the best examples of creep around the rules that I can imagine'', and councillors should heed staff advice.

Cr Lee Vandervis said priority should be given to those with the right to connect to the network, because ''that is what they pay their residential rates for''.

''There are just a whole pile of reasons why this [application] doesn't stack up for me,'' he said.

However, Cr Mike Lord - a Mosgiel-Taieri ward councillor - said the cafe was the most popular in Mosgiel, employed staff, and should be supported by the council's ''red carpet, not red tape'' approach.

Cr Hilary Calvert also backed the cafe, saying the council's role was to provide such services, not quibble over ''little magic lines in the sand''.

Mayor Dave Cull disagreed, saying those lines in the sand were ''actually asset management, and it's one of the most important things we do''.

''It simply would be ad hoc decision making by this council,'' he said.