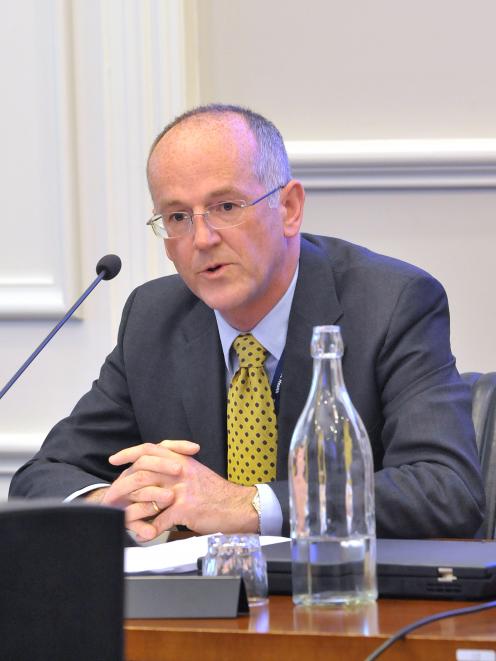 Dr Keith Reid
A top public health official has refused to identify the Dunedin bar or bars he says offered enticements to punters to fill in submissions on a council alcohol plan.

There was an outburst from the public gallery yesterday as Public Health South medical officer of health Dr Keith Reid got up to leave a hearing on the Dunedin City Council's draft local alcohol policy (Lap) without clarifying an earlier allegation of inducements.

''I am not going to be in the game of saying that on such and such an occasion on such and such a day this individual received enticement to fill in this form, because I don't believe that benefits any discussion we are trying to have.''

He initially seemed to try to deny the information had come from him, but then confirmed he had received direct reports of enticements.

He said he was not offered such an enticement directly, but was confident the reports were correct.

However, his view was it was not a great concern to the conversation about how a Lap could reduce alcohol-related harm and had it not been brought up earlier by district licensing commissioner Colin Weatherall - who said he learned it at meeting with medical officers of health earlier this year - he had not intended to bring it up with the committee himself.

Dunedin bars gathered more than 3500 submissions, most of them on Hospitality New Zealand (HNZ) forms and most of them against the provisions outlined in the draft Lap, which includes an earlier blanket closing time of 3am.

Without the ability to verify the claim the information amounted to no more than ''scuttlebutt'', she said.

She agreed the issue was not relevant to the Lap discussions.

''However, allegations have been thrown around and no-one is prepared to say what they are and that is unprofessional and unfortunate because we can't respond to them because we don't know what they are.''

The requirement for Hospitality Association of New Zealand (Hanz) members to behave ethically when collecting submissions was implicit, she said.

''If someone got a bit passionate and overenthusiastic that's unfortunate. If they suggested to us they were going to do that, we would have said no, but I don't know that anyone's done it.''

For a lot of people, the issue was ''quite emotive''.

''It's their business; they get upset about some of the things that are said that are not true, and so people get emotional.''

HNZ would ''certainly never have suggested people do that''.

''To be fair, a lot of lobby groups would have sent out postcards with their position so people could sign it and return it, but Hanz left it open for people to take whatever position they agreed with.

''We just wanted them to engage and get involved in the discussion. The really disappointing thing is that this [allegation] hasn't been backed up with anything, so it's just scuttlebutt.''

Mr Weatherall said he did not intend to raise the matter again and had not wanted to make a big issue of it, only mentioning it briefly at the end of his contribution on the first day of hearings on the draft policy.

Once he learned the information, he felt he was obliged, as district licensing commissioner, to put it on the table. It was for the panel to give it whatever weight it wished.