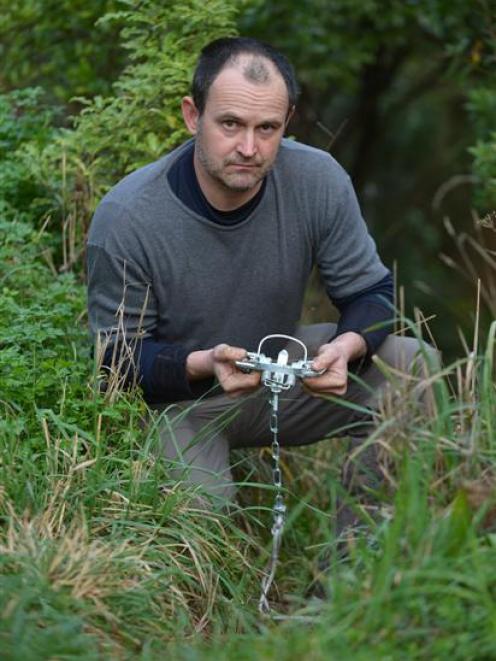 Port Chalmers Community Board deputy chairman Steve Walker said two traps were found by a Port Chalmers woman after her dog set one off while she was walking near Victory Pl about a month ago.

The traps could do a lot of damage and the woman's dog was "fortunate" to escape without injuries, he said.

Mr Walker, who has one of the traps, said they could "certainly snap a dog's leg" and could also injure a child.

"If a kid was to put their hand in there, they would probably get a pretty nasty injury," he said.

He believed the person who set the trap was probably a possum trapper and was keen to remind them that under the Animal Welfare Act it was illegal to use any leg-hold trap within 150m of a home without the occupants' permission or in an area where there was a probable risk of catching a pet.

Mr Walker had written about the traps in this month's edition of The Rothesay News, which goes to West Harbour residents, and hoped that the publicity would "frighten" the person responsible and stop them setting traps close to people's homes.

Senior Constable Stephen Tvrdeic, of Port Chalmers, said police were keen to speak to the person who laid the traps or anyone with relevant information.

As a former possum-trapper, he said he could understand Mr Walker's concerns.

"They do cause a lot of damage ... they are pretty unforgiving things," he said.