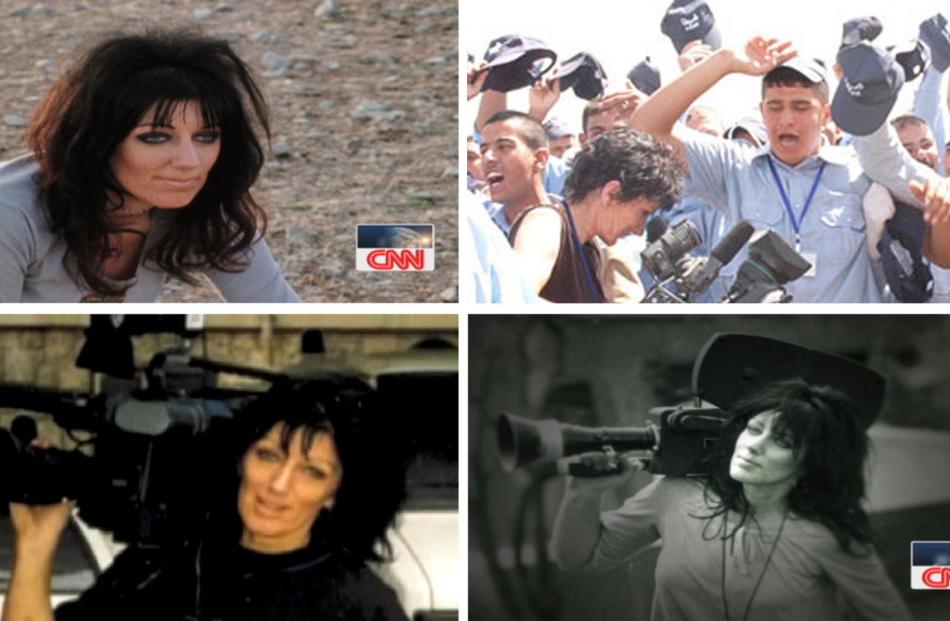 Margaret Moth is shown in three scenes from 'Fearless', CNN's tribute film to their staff member. Photos by US Department of Defence/CNN

Internationally renowned photojournalist Margaret Moth, who started her career in Dunedin, has died, CNN has reported.

Ms Moth, who came to prominence after being almost killed when she was shot in the face covering the war in Sarajevo, was 59.

She had been diagnosed with colon cancer three years ago.

Ms Moth began her journalism career in New Zealand and joined CNN in 1990. She covered the Persian Gulf War, the rioting that followed Indira Gandhi's assassination and the civil war in Tbilisi, Georgia, for CNN before volunteering for the dangerous mission of filming in Sarajevo.

On July 23, 1992 in Sarajevo, Ms Moth was struck by a sniper's bullet as she drove with colleagues to the airport to interview pilots flying relief supplies.

Her jaw was shattered, and she lost nearly all of her teeth and part of her tongue. Moth was rushed to a local hospital for emergency surgery and then flown to the United States where she underwent numerous reconstructive surgeries.

"My face, it felt like my face was falling off. I remember, I was trying to hold it on.

After much reconstructive surgery, she went back to her job in Sarajevo.

In the 1970s, Ms Moth worked as a camerawoman for Television New Zealand in Dunedin. She was also a fearless sky diver and an enthusiastic bell ringer.

"She never did anything naughty, but she often just pushed boundaries with a twinkle in her eye."

She changed her name from Margaret Wilson to Margaret Moth, Mr Donovan said.

"I recall her saying she in fact wanted to change it to Tiger Moth but it wasn't allowed...she loved the Tiger Moth aircraft."

Ms Moth was born in Gisborne and had initially wanted to be a mechanic but could not get an apprenticeship.

She studied at the University of Canterbury, where she specialised in film and photography.

Ms Moth was diagnosed with cancer more than three years ago and entered a hospice in Rochester, Minnesota.

"I would have liked to have gone out with a bit more flair but I feel I can die with dignity. I don't think it matters how long you live, so long as you can say: `I've got everything out of life'," she said