A lawyer acting for a rival hotel chain has challenged the developers behind Dunedin's five-star hotel bid.

The interjection from the public gallery came as panel chairman Andrew Noone told the hearing he wanted more information on the hotel's touted economic benefits tabled as part of the hearing.

Phil Page, the lawyer acting for Tekapo businessman Anthony Tosswill, the man behind the proposed hotel in Moray Pl, said a report by Infometrics had been prepared and would be provided.

Mr Noone said the report would be circulated to all parties and discussed on reserve days set down for August 17 and 18.

That prompted Lauren Semple, acting for Copthorne Hotels, which owns the nearby Kingsgate Hotel, to interject from the gallery.

She questioned why the public had not had the chance to consider the report earlier.

Mr Noone said it was a ''good point'' and the panel would seek external legal advice on the issue. 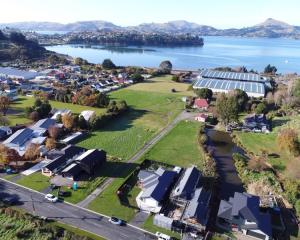