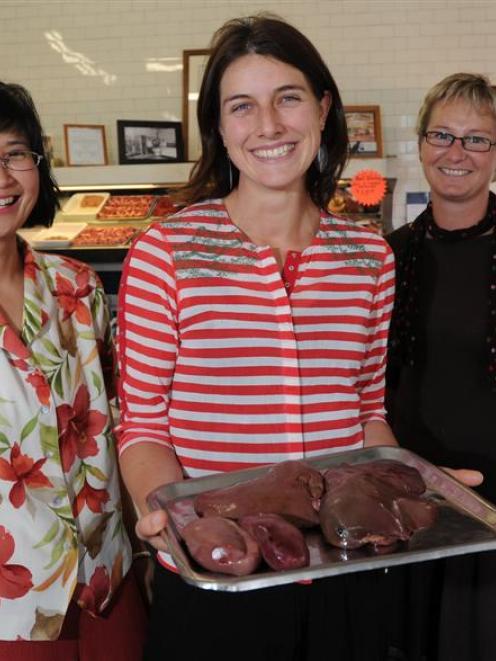 University of Otago food science staff investigating food waste, including the use of offal, are (from left) Prof Dr Indrawati Oey, Dr Miranda Mirosa and Ana Hosiet, at Fred D. Eskrick's butchery, Dunedin, yesterday. Photo by Craig Baxter.
Food waste is full of untapped potential, and could be costing the country more than $2 billion a year, two points a group of University of Otago staff wants to change.

Eight people across six departments joined forces about a year ago and established the food waste innovation research group to study ways to cut food waste.

Food science lecturer Dr Miranda Mirosa said there was a lot of "research enthusiasm" for the complex, significant issue.

The group was focusing, at present, on building relationships between the disciplines, which included food science, applied sciences, marketing and sociology, gender and social work, but intended to seek funding for projects this year.

"Food waste has been identified as one of the easiest things for people to change, which has one of the biggest impacts in terms of the sustainability of their diets," she said.

She wanted to look at how people were cooking and what they were putting in their rubbish bin, and encourage the use of entire foods or animals.

"Nose-to-tail eating is one way to reduce the amount of food which is wasted," she said.

Businesses could benefit economically from reducing food waste, as they could save, and even make money.

"Sending food waste to the landfill seems like a really stupid thing to do."

Prof Dr Indrawati Oey said opportunities for making the most of food waste could include turning it into energy, making higher value products with "good" rejected fruit, or extracting a higher percentage of juice from grapes used in viticulture.

"I think people here don't really care about waste because there is enough land to throw things away ... it is a big issue," she said.

New Zealand promoted itself as being clean and green, so it needed to be seen as a country that was leading the way in reducing food waste and being more sustainable.

It is understood about 13% of total food purchases were thrown out each year, equating to more than $2 billion, or $465 per person, of food waste per year. 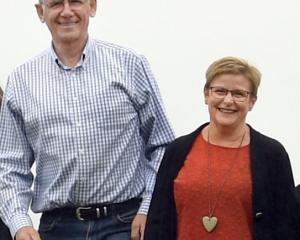