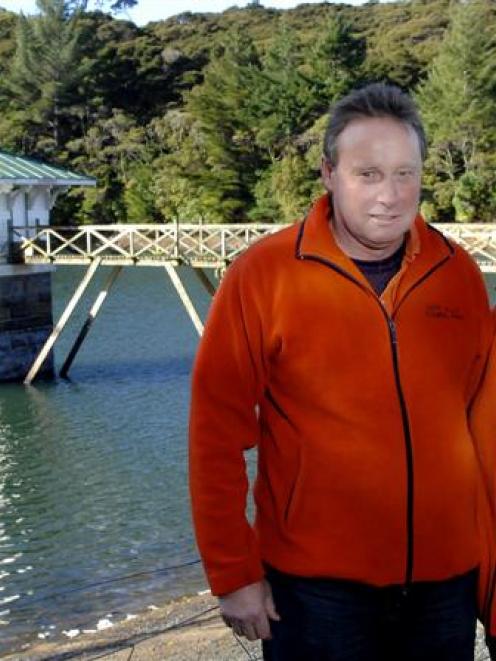 The cracks in the earth dam's embankment were discovered by Dunedin City Council staff inspecting the structure, in the Glenleith area of North Dunedin, following torrential rain in May.

However, the damage was kept secret until this week, while council staff and Opus International Consultants experts assessed the dam's stability and patched the cracks.

Dunedin City Council water production manager Gerard McCombie yesterday stressed the dam was safe, although its future would need to be reconsidered "without undue delay".

The cracking - and the decision not to inform nearby residents - alarmed Leith Valley Touring Park co-owner Lyn McLaren, whose business is downstream from the dam.

She said yesterday she was "totally unaware" the dam had been damaged or repaired, and believed people living below the structure should have been informed.

She and her husband, Terry, had invested "millions" in their business, and regularly hosted hundreds of people staying in campervans, caravans and motel units on site.

"If the council knows there's a bit of a worry going on up there, certainly they should've let us know," she said.

"If we don't know about these things, then what can we do to protect their safety?

"If the dam broke, then certainly it's our whole business, our whole camp, gone," she said.

She was worried customers could be startled by the news, but was relieved repairs had been carried out.

Mr McCombie said yesterday expert advice was the dam remained safe, and there was no need to launch an emergency response plan that would have included notifying residents.

"The expert advice we had was that wasn't required at the time."

The cracks were discovered on June 3, days after the rain abated, and covered almost the entire width of the dam, he said.

Opus staff examined the dam the following day and determined the structure remained safe, although daily monitoring was required to check for further cracking, he said.

The damage was revealed in a report by Mr McCombie made public this week, ahead of next week's infrastructure services committee meeting.

Civil Defence and Otago Regional Council staff had been alerted and initial repairs carried out, while fresh surveys and increased monitoring were undertaken to check the dam's stability, Mr McCombie said in his report.

A section of walking track below the reservoir was also closed, and the reservoir's water level lowered by between 1.5m and 2m to ease pressure on the old dam, which was completed in 1867 and designed to hold 122,000cu m of water.

The raw-water reservoir was already shut off from water inflows, but the reduction amounted to "quite a significant drop" in the reservoir's level, he told the Otago Daily Times.

Monitoring of the dam had been reduced to one check a week, but could be increased if more heavy rainfall threatened, his report said.

The dam's age meant it did not meet modern construction standards, and the risks needed to be "carefully managed" given its location above a populated area, he said.

Residential homes, the Leith Valley Touring Park and the University of Otago are all located downstream from the dam.

Mr McCombie said a more detailed assessment of the dam's future was being carried out by Opus, and a list of options was expected within two months.

Those options would be presented to councillors for consideration, but could include strengthening the dam or decommissioning the reservoir, he said.

Detailed costings would also be needed ahead of any decision.

Asked if people downstream should have been informed, he replied: "What would we tell them?"There's been a lot of work done.

We've engaged an expert to look at the issue, lowered the water level so that there's no risk of it failing ... there was a managed risk."

Councillors will consider Mr McCombie's report at the committee meeting on Monday.